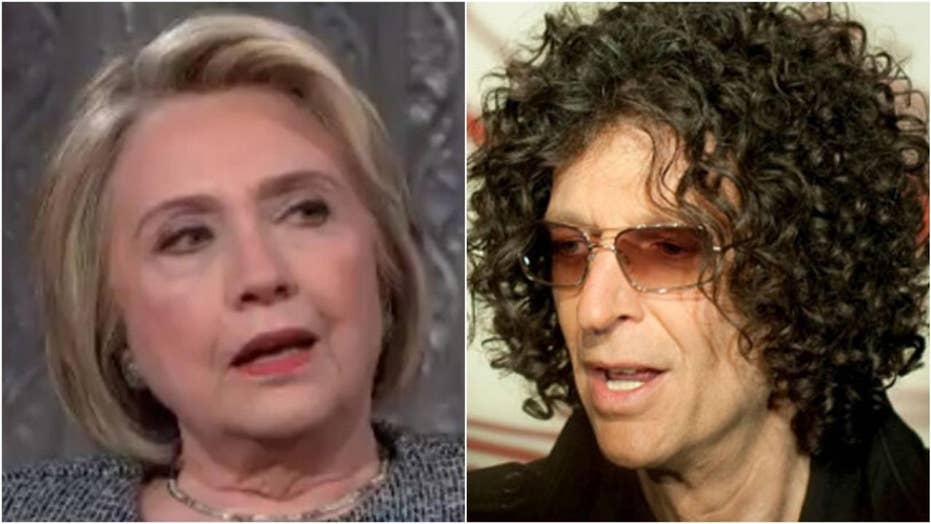 Former Secretary of State Hilary Clinton cleared up ‘lesbian’ rumors when asked by Howard Stern on his radio show, saying to Stern: ‘I actually like men.’

Hillary Clinton sat down for an interview with shock jock Howard Stern on Wednesday. So, perhaps predictably, the conversation strayed to some unusual topics.

At one point, for example, Stern asked the former secretary of state if she had ever engaged in a “lesbian affair.”

“Never, never, never!” Clinton quickly answered, according to the Washington Times. “Never even been tempted, thank you very much.”

She added that prior to dating Bill Clinton, she never seemed to have trouble attracting male admirers, according to the Times.

The interview was a coup of sorts for Stern, who had written in his most recent book, “Howard Stern Comes Again,” earlier this year that he regretted not being able to book Clinton as a guest in the past.

“I don’t think I’ve ever tried harder to get a guest than I did with Hillary Clinton in the run-up to the 2016 election,” Stern wrote, according to The Daily Beast. He added that had he been able to interview Clinton, she may have gone on to defeat Donald Trump.

Hillary Clinton's Wednesday interview with Howard Stern marked a coup for the radio host, who claims he had long wanted Clinton as a guest for his program.

“To some people it wouldn’t have mattered what we talked about. Just the fact that she had the guts to show up might’ve done the trick,” Stern added. "So why didn’t she? I’ll tell you why. She was afraid. She got tight. She thought it was in the bag, and she thought, ‘I could go talk to Howard and really screw things up.’ She thought it was a gamble. In my mind, the gamble was not coming on the show. I was right. Had she done the show, it might’ve changed the election.”

Clinton, 72, also took a shot at Republican Sen. Lindsey Graham, answering it was a “fair question” when Stern suggested Graham may have “sold his soul to the devil” in supporting President Trump.

“What I don't understand is how he went from being the friend and the real confidant of the Maverick — John McCain — who I didn't agree with politically, but I found him to be a man of integrity, a man of real strength and conviction,” Clinton said, according to USA Today. “I don’t know what’s happened to Lindsey Graham.”

She also said she was “disappointed,” but not “upset,” that Bernie Sanders didn’t exit the 2016 presidential race sooner, giving her a less bumpy ride to the Democratic Party’s presidential nomination.

“I hope he doesn't do it again to whoever gets the nomination” in 2020, she added.

Clinton spoke with Stern, 65, as part of the promotion of her book, “Gutsy Women,” co-written with daughter Chelsea Clinton.