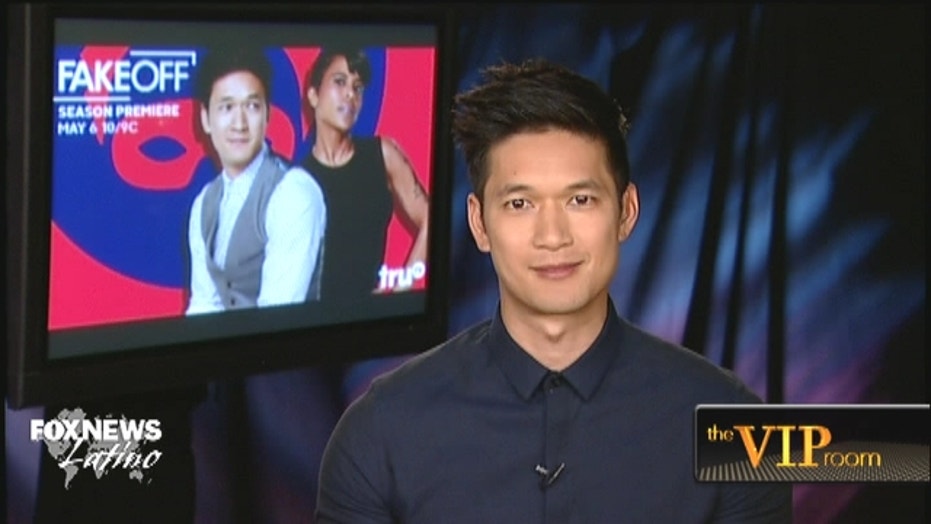 Harry Shum Jr. gives inside scoop to 'Fake Off'

Actor Harry Shum Jr. talks about what fans can expect this season on

Harry Shum Jr. is what people call a triple threat: He can dance, he can sing and he can act. With TruTV’s “Fake Off,” he has added judge to his growing list of attributes.

The 33-year-old, probably best known for his role as Mike Chang on "Glee," returns tonight to the second season of the reality competition show that showcases performances recreating and re-imagining moments from pop culture in 90-second routines.

“I think you are going to see bigger and better (performances),” Shum told Fox News Latino about season two. “These performers literally take it to the next level. They are doing these amazing, huge performances and the references that they are putting on the show are incredible.”

He said while the groups during the show’s first season run were good, this year they have really raised the bar.

Shum said that his six years on FOX's "Glee" really helped him get ready to judge the weekly performances.

“Every week are putting (on) huge numbers. You’re basically shooting like a mini-musical every week and that was our lives for almost six years,” he said about the show. “Being part of the show I learned a lot and I think I gained a lot of knowledge and experience; being surrounded by incredibly talented performers – triple threats – has really made me raise the bar on my performances.”

He continued: “It helped me sit on the judges’ panel and be able to not just critique, but give constructive criticisms and also guidance, mentorship to themes teams.”

Award-winning choreographer Laurianne Gibson, who joined the judges’ panel this season along with Casper Smart, said she enjoys working on the show especially that she gets to see different types of performances or “fakes.”

“’Fake Off’ is not just a dance show so that’s super exciting. We have magicians, we have aerialists, we have puppeteers,” she said. “So there are several different types of artists that perform fakes or illusions in a theatrical performance.”

She told FNL that she also has a secret crush on Shum “because he is an incredible actor.”

A little known fact about Shum – that is unless you read his Wikipedia page carefully – is that he was born in Costa Rica and lived there until he was about 5 years old.

He said he goes back to visit because his father splits his time between Puerto Limo and the United States, but his Spanish is a little rusty.

“Spanish was my first language and then I had to learn Chinese and English,” he said. “My Spanish is rusty. Hablo poquitito (I speak very little).”