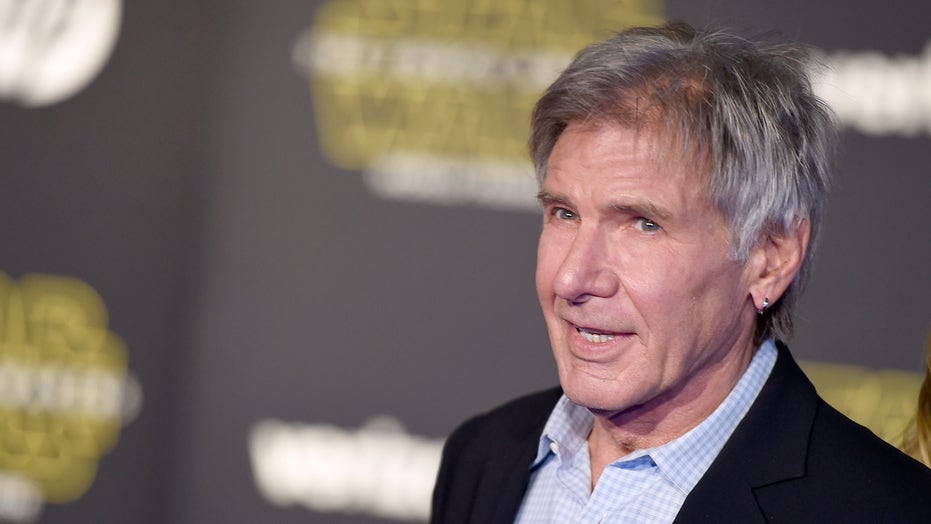 Harrison Ford called Donald Trump a “son of a b----” on Monday during an appearance on late-night TV where he also accused the president of rejecting science.

Ford appeared on “Jimmy Kimmel Live” Monday to promote his upcoming movie “Call of the Wild.” After showing a clip from the movie, Kimmel held up a poster for the film that featured fake reviews labeling “Call of the Wild” a “perfect call” in various ways.

The quotes were all jokingly attributed to Donald Trump in an effort to mock the president’s go-to line about his call with Ukrainian President Volodymyr Zelensky, which launched his impeachment inquiry in the House and subsequent trial in the Senate.

HARRISON FORD SAYS ‘NOBODY’ SHOULD REPLACE HIM AS INDIANA JONES: ‘WHEN I’M GONE, HE’S GONE’

“That’s the first thing that son of a b---- has done for me … ever!” Ford said to thunderous applause and laughs from the crowd.

The Han Solo and Indiana Jones actor also claimed that science is “out the door” in the Trump administration.

“Our position in the world is tenuous because of our lack of moral leadership, basically,“ the 77-year-old actor said. “I certainly applaud with what Greta is inspired by,  her activism or her role in representing the interests of young people and I admire her… her courage, her fortitude and also admire her capacity to express herself.”

Ford continued: “Science is being ridiculed by people in ideological campgrounds. They are refusing the wisdom, the discipline of science in favor of a political point of view. And that has to stop. And I believe young people throughout the world have known it has to stop and are capable and willing to make the sacrifices to make that happen.”

Ford spoke about science and climate change roughly one year ago as well. He expressed similar sentiments while giving an impassioned speech about the effects of climate change on the planet during the World Government Summit in Dubai.

"Around the world, elements of leadership – including in my own country – to preserve their state and the status quo, deny or denigrate science," Ford said at the time. "They are on the wrong side of history."