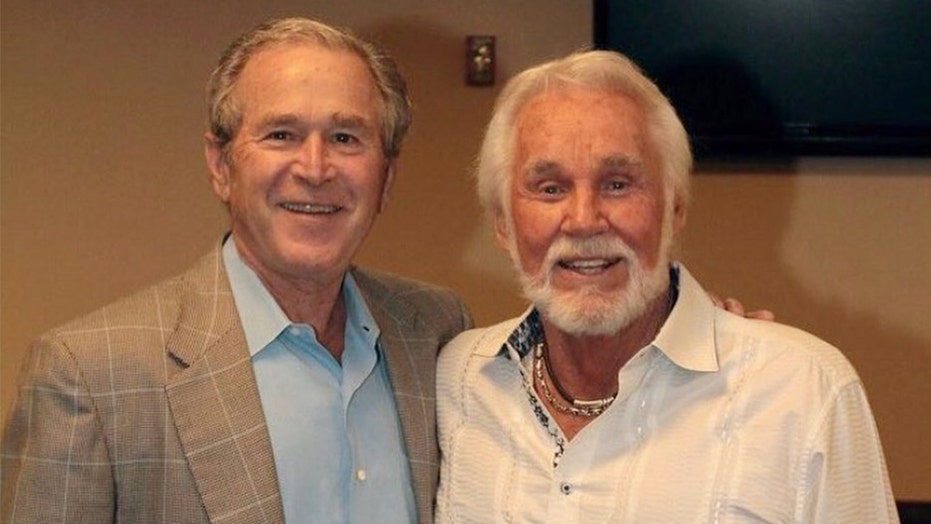 The former president, 73, shared a photo of himself and Rogers on Instagram on Sunday, both men smiling from ear-to-ear.

"'You can’t make old friends,'" Bush wrote in the caption. "@laurawbush and I will miss this good man."

Bush continued, taking special note of Rogers' legendary music career, which included hits like "The Gambler," "Lady," "Islands in the Stream" and "Lucille."

"We love Kenny Rogers and his music," the former president noted. "There’s no better time than now to enjoy it and be uplifted by it."

Bush's post comes a few days after the singer passed at the age of 81.

According to a statement from his family, Rogers died on Friday night in his Georgia home of natural causes.

"Well, I couldn't believe it this morning when I got up, turned on the TV checking to see what the coronavirus was doing, and they told me that my friend and singing partner Kenny Rogers had passed away," Parton said in a video recorded inside her home.

"We all know Kenny is in a better place than we are today, but I'm for sure he's going to be talking to God sometime today, if ain't already, and he's going to be asking him to spread some light on this darkness going on here. But, I loved Kenny with all my heart. My heart's broken. A big ol' chunk of it has gone with him today and I think that I can speak for all his family, his friends and fans, when I say that I will always love him."