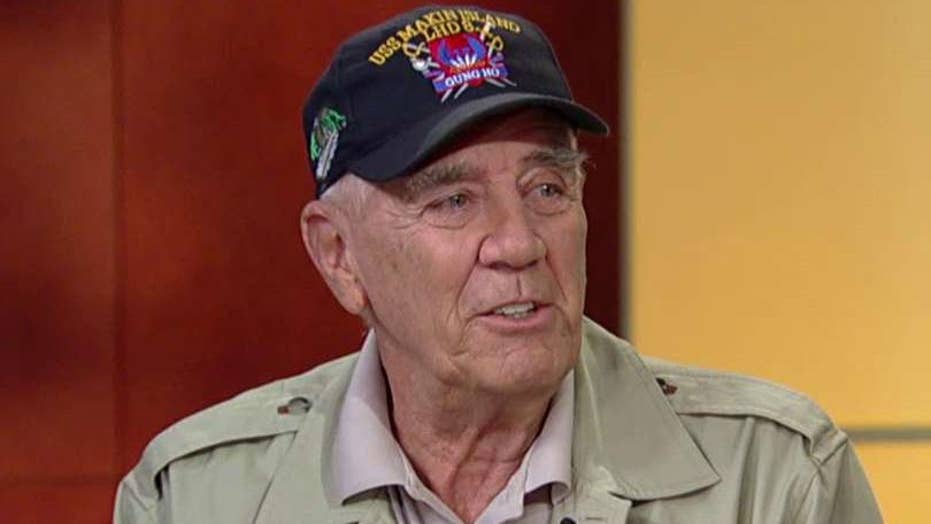 A look at the new season of 'GunnyTime with R. Lee Ermey'

Host gives viewers a preview of the latest season

NEW YORK – R. Lee Ermey, or "Gunny" as he prefers to be called, is best known for his role as Gunnery Sergeant Hartman in "Full Metal Jacket."

But the 72-year-old has appeared in dozens of movies and TV shows, most recently starring in his Outdoor Channel reality show "GunnyTime."

The Marine turned actor told FOX411 while his reality show is in its second season, he can't seem to book any other gigs in Hollywood.

Gunny, who is an NRA board member, explained that his association with the organization and his disapproval of President Obama cost him acting jobs.

"Do you realize I have not done a movie in five to six years? Why? Because I was totally blackballed by the... liberals in Hollywood," he alleged. "They can destroy you. They're hateful people [who] don't just not like you, they want to take away your livelihood... that's why I live up in the desert on a dirt road... I don't have to put up with their crap."

The "Toy Story" voiceover actor is focusing on ventures outside of Hollywood, he said, like hosting "GunnyTime." On the show, he gets to try out the biggest and baddest new military technology.

"There's a lot of things on the show this year that are just great fun," Gunny teased. "There are weapons that are closely guarded secrets... guns and weapons that civilians would never, ever get to see [or] in their wildest dreams, they'd never get to fire them."

One of the weapons featured on season 2 is a Humvee nicknamed the "Porcupine."

"[It has] guns sticking out of it all over the place. There are five different guns... so it's just awesome. when you see this thing you'll sit there and say, 'My Jesus! Holy cow!'"

He teased, "There's a lot of things on the show this year that are just great fun."