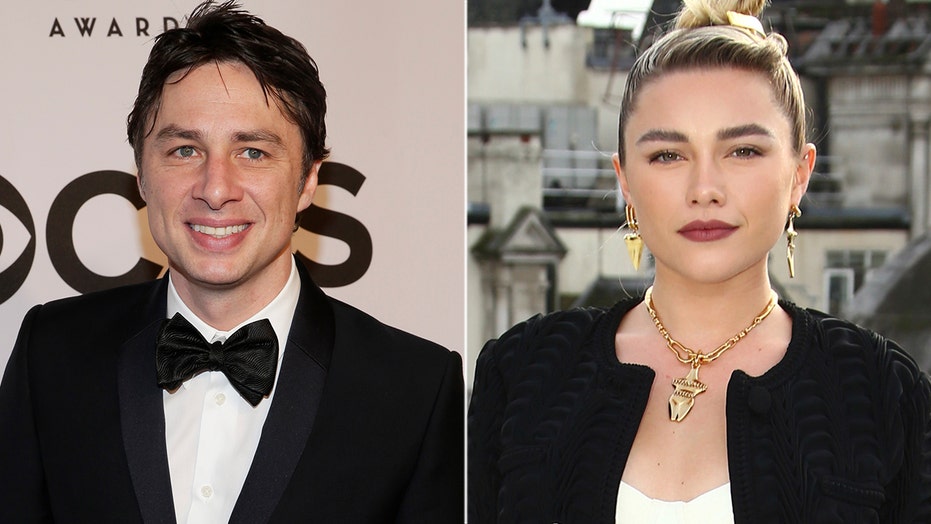 Florence Pugh isn't here for the naysayers when it comes to her relationship with boyfriend Zach Braff.

The 23-year-old actress recently took to Instagram to share a photo of herself outside of Greenblatt's Deli & Fine Wines in Los Angeles.

Braff, 44, commented on the picture with a princess emoji, to which a social media user then replied: "you’re 44 years old."

The "Little Women" actress swiftly hit back, writing: "and yet he got it 👌🏽."

The "Scrubs" alum and Pugh were first seen together back in April, People magazine reported.

The "Scrubs" alum and "Little Women" actress were first seen together back in April, People reported. (Reuters/AP, File)

Per the outlet, the couple recently worked together on Braff's short film "In the Time It Takes to Get There." The project starred Pugh and Alicia Silverstone.

They split in 2014 after five years of dating.