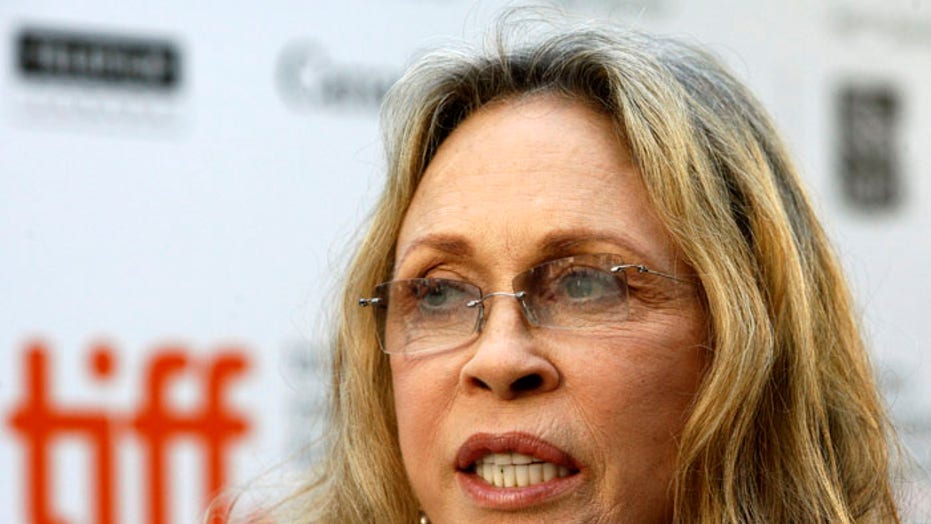 When The Post reported last week that actress Faye Dunaway was fired from the Broadway-bound play “Tea at Five” — after allegedly slapping crew members and throwing things at them, and creating a “dangerous” environment in which no one was allowed to wear white lest it distract her — some people were not surprised.

“My first day on the set, she slapped me,” said Rutanya Alda, who appeared with Dunaway in the 1981 movie “Mommie Dearest.”

Alda, who played the assistant character to Dunaway’s Joan Crawford, told The Post that they were filming a scene when “instead of doing a stage slap, she slapped me on the cheek, hard and for real.”

Broadway wig designer Paul Hunt­ley, who worked with Dunaway on a 1996 tour of the show “Master Class,” claims to have witnessed her wrath. “Faye didn’t like how the hairpins were being presented and she slapped my assistant’s hand,” recalled Huntley. “[The assistant] was horrified and did not know what to do.”

A publicist for Dunaway had no comment for this story.

Indeed, the streets of Hollywood and Broadway are paved with tales of bad behavior by the legendary actress, who has starred in such film classics as “Bonnie and Clyde,” “China­town” and “Network.” Nominated for Best Actress Oscars for all three, she won in 1977 for “Network.”

According to the book “Easy Riders and Raging Bulls,” during the filming of 1974’s “Chinatown,” Dunaway had a habit of urinating into trash cans and a disdain for flushing toilets in her dressing room. Rather, the book claims, she called in Teamsters to do the job, leading to multiple resignations. (Dunaway told author Peter Biskind she had “no recollection” of such doings.)

Once during filming, the book alleges, Dunaway said that she needed a bathroom break but director Roman Polanski asked her to wait. Later, when he bent down to speak with the actress through a car window, she allegedly responded by tossing a cup of liquid into Polanski’s face. It was full of urine. 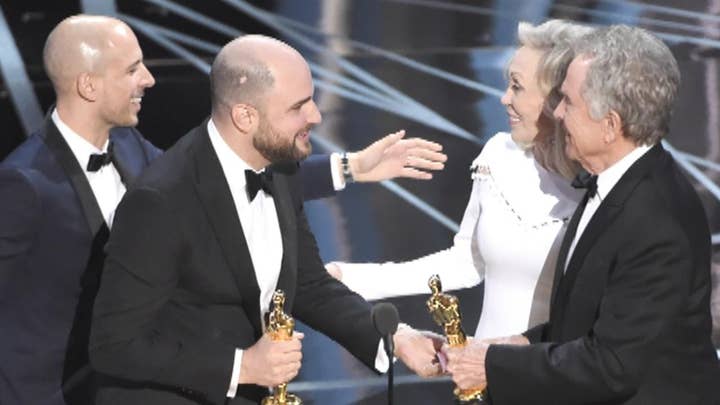 Asked about the incident by the Guardian, Dunaway was quoted as calling the story “absolutely ridiculous” and saying it “doesn’t even deserve the dignity of a response.”

Her pissy behavior has been so extreme, even other notoriously prickly actors are shocked. James Woods, who worked with Dunaway on the 1976 TV movie “The Disappearance of Aimee,” recalled in an interview how “she threw something at me because I ad-libbed a line . . . She was just so rude. If Bette Davis [also in the movie] can be nice to people, Faye Dunaway ought to be buying them limousines as presents.”

Davis — said to be one of the most cantankerous women in Hollywood during her era — agreed. When “Tonight Show” host Johnny Carson asked her to name the worst people in Hollywood, she chose Dunaway.

More recently, a makeup artist was offered two films in 2006 — one starring a veteran actress, who, the artist said, was known by film-crew workers as “a real c–t,” and one with Faye Dunaway, who colleagues said was “a psycho.” In talking to several other makeup artists, she was warned, “The c–t is much better to work with than the psycho.” She chose “the c–t.”

The Post also reported this week that Dunaway, 78, never learned her lines for “Tea at Five.” This led some Twitter users to speculate whether Dunaway’s age might have caused her memory to lapse.

But singer Jill Sobule, who had a hit in 1995 with “I Kissed a Girl,” recalls Dunaway having similar issues decades ago. A teenaged Sobule was an extra on the Denver, Colo., set of “The Disappearance of Aimee.”

“Faye Dunaway was hours late and we were all waiting for her, sweating through our costumes on the hottest day of the summer in an un-air-conditioned church,” Sobule told The Post. “[When she] finally arrived, she was in the foulest mood and didn’t know her lines. She yelled at people and huffed off the set . . . It was like something out of ‘Valley of the Dolls.’ ”

Dunaway’s shenanigans have not been limited to showbiz settings.

In the 1990s she lived in West Hollywood. A former neighbor recalled to The Post how the actress would park her Volvo station wagon and Mercedes SL “in anyone’s driveway, or block driveways. She’d always get into fights with [neighbors]. If they called the cops, she’d yell at the cops!”

According to a former employee of the now-defunct store Video West in West Hollywood, the actress used to drive up to the store and honk her car horn, waiting for someone to come out to collect her videos. If they took too long, the source told The Post, Dunaway would “just toss [the tapes] out the window.”

Michael Procopio, now a food writer in the Bay Area, was working at a Los Angeles Pottery Barn when he had his first run-in with Dunaway.

Faye Dunaway stars as the face of the new Gucci fashion campaign in 2018. She was 77 at the time. (YouTube)

“I made eye contact, she walked over and asked a question about wine glasses. I was so new that I didn’t have the answer and [had to ask] my manager,” he said. “I told her it would just be a second while he checked . . . She called me ‘a f–king moron’ and told me I couldn’t do my job.”

A couple of years later, Procopio was working at the Beverly Hills restaurant Kate Mantilini when Dunaway was seated at one of his tables. She proceeded to order a complicated version of a menu item, asking for so many substitutions that it ceased being the dish on offer. “She hated the food, hated me and hurled another epithet. She was an awful person both times. Nobody likes her.”

Food seems to be a recurring theme in Dunaway’s meltdowns.

“I had lunch with Faye at The Ivy, and she pulled out a mini-kitchen scale and weighed all the food she was allowed to eat,” a Dunaway colleague told The Post. “She was . . . very cranky. Probably starving.”

As The Post reported this week, the actress allegedly threw a salad on the floor while doing a photo shoot for “Tea at Five” — saying it would be better there than in her hand.

Sources claimed that “Tea at Five” producers were so concerned about Dunaway that they called Actors’ Equity Association to see if it was “ethical” to put someone in her state in front of Boston audiences.

Despite her reputation, some in Hollywood — even those who have been on the receiving end of her outrage — feel sympathy for the actress.

An Oscars insider recalled how ­upset Dunaway was after her co-presenter Warren Beatty mistakenly announced “La La Land” — instead of true winner “Moonlight” — as Best Picture at the 2017 Academy Awards.

“I saw her whip out her phone to show James Corden a picture of the card she and Beatty had been given on the Oscar stage — the one with [‘La La Land’ star] Emma Stone’s name on it,” said the Oscars insider. “She was showing as many people as she could. She was so embarrassed and afraid people were chalking it up to her age.”

Faye Dunaway arrives at the gala presentation for the film "Get Low" at the 34th Toronto International Film Festival in Toronto September 12, 2009. The actress has come under fire for her notoriously bad attitude and was recently fired from a Broadway show for allegedly being violent towards a crew member.

There was at least one person whom even Dunaway was intimidated by. While filming the 1987 movie “Barfly,” co-starring the actress and Mickey Rourke, the notorious Charles Bukowski — who’d written the script, derived from his memoirs — was sometimes on set.

“Bukowski was a pugnacious alcoholic and would get into a fight with anyone at the drop of a hat,” said Jonathan Hodges, who was an assistant prop-master on the film. “So she never messed around with him.”

The actress also has been incredibly loyal to those she’s loved.

During the making of “Mommie Dearest,” there was a day when cast members were told not to bother going to the set. They feared they were being fired.

Instead, “Faye wanted Terry O’Neill [her then-husband, a photographer] to get a producer credit,” recalled Alda. “He had never worked on a movie in his life, and she insisted that he get the credit or she would not show up. So much was invested that they decided to give him the credit.”

Dunaway — who was also married to J. Geils Band singer Peter Wolf during the 1970s, and has been romantically linked to comedian Lenny Bruce and actor Marcello Mastroianni — likewise made demands for O’Neill while working on the 1985 CBS miniseries “Christopher Columbus.”

Before making a scheduled appearance to promote the miniseries, she called up with an ultimatum.

“She wouldn’t appear unless CBS provided two first-class round-trip airplane tickets for a husband and son [Liam, now 39],” recalled someone who was a CBS publicist at the time. “The network was over a barrel, with too much at stake to do the event without her, and they provided the ­tickets.”

Dunaway also seems to be so tender-hearted about her loved ones, being reminded of them can be a trigger. A New York media insider recalled walking through Times Square in 1981 and seeing the actress and her parents gawking at the lines of“Mommie Dearest” theater-goers that were “literally around the block . . . It’s one of the nicest things I ever saw, a prideful daughter with two very proud parents.

“Years later, I find myself sitting with her at the Hollywood Improv. I told her how she gave me one of my favorite moments, when I saw her standing in Times Square with her parents. She cursed me out. Turns out she didn’t like talking about her [now-deceased] parents anymore — how dare I remind her of them.”

Whatever is fueling Dunaway’s ire, one thing is for sure.

“She is a wonderful performer, but her own worst enemy,” said wig designer Huntley.

“She must be very insecure and very scared,” said the CBS publicist. “‘Tea at Five’ was such a good opportunity for her. Right now, it looks like her career is toast.”