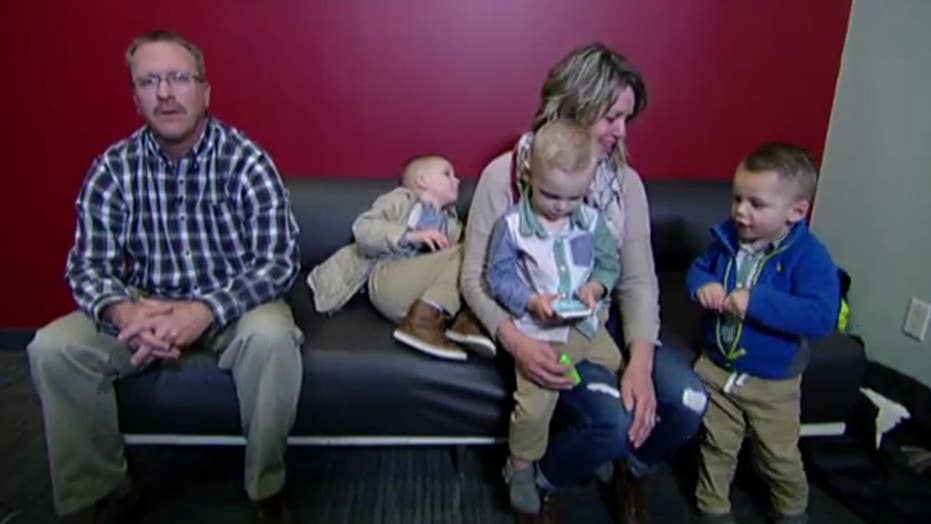 A Utah man said Wednesday that a nannycam video showing his 2-year-old son lifting a fallen dresser off his twin brother was legitmate after Internet skeptics claimed the harrowing incident was staged.

"I'm not sure how they would be able to think that it was a stunt after watching the full video," Ricky Shoff told FoxNews.com. "It's obvious there isn't any editing to the video and to put my sons in a position where the dresser does fall on them on purpose is a horrible thought. How would you even stage that even if we were professionals with experience in such?"

In the video, which Shoff posted on YouTube over the weekend, twins Brock and Bowdy Shoff are seen opening various dresser drawers and trying to climb up on the furniture. The dresser tipped over, trapping Brock underneath. Bowdy eventually managed to push the dresser off his brother.

According to the New York Post, skeptics have pointed out that Ricky Shoff works for the company that sells the nannycam that recorded the incident. They also note that the dresser was empty at the time the twins were playing near it, and that the nannycam was pointed toward the dresser and not the twins' bed.

When Ricky Shoff posted the video, he wrote on Facebook that he was "a little hesitant to post this. But I feel it’s not only to bring awareness, but it’s also incredible.

"We are so grateful for the bond that these twin brothers share."