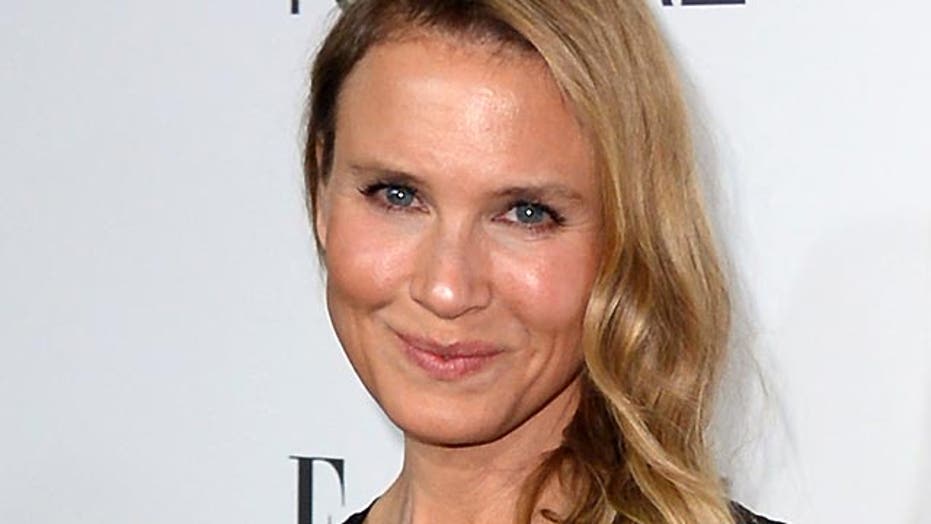 What happened to Renee’s face?

Actress Renee Zellweger caused an Internet frenzy after she stepped out Monday night looking like a different person at the 2014 Elle Women in Hollywood Awards.

The nearly unrecognizable star has long been rumored to have gone under the knife in the past, but her most recent change in appearance was even more dramatic, leading plastic surgeons to posit that she may have had work done.

"It looks like she had eyelid surgery, blepharoplasty, botox, lip fillers and cheek fillers," founder and partner of Fountain Medical Group Dr. Todd Schlifstein, who doesn't treat Zellweger, told FOX411. "It appears she changed the shape of eye and eyelid. She removed excess skin, tightened skin around the area."

Another facial plastic surgeon, Dr. John Scheibelhoffer, explained that the most striking difference in the 45-year-old's face is the change in her eye shape.

(Dr. Scheibelhoffer does not treat Zellweger either.)

Others said they like her new look while some argued the frenzy over Zellweger's appearance was sexist.

The actress has also come under scrutiny for her yo-yoing weight. She lost and gained several pounds to play the lead role in the "Bridget Jones Diary" film series.

"When you read reports that you are starving yourself or that you are anorexic it’s very unfair and disappointing," she told British media outlet Daily Express in 2013. "It's not very pleasant to read reports which say you've gone too far or this or that."