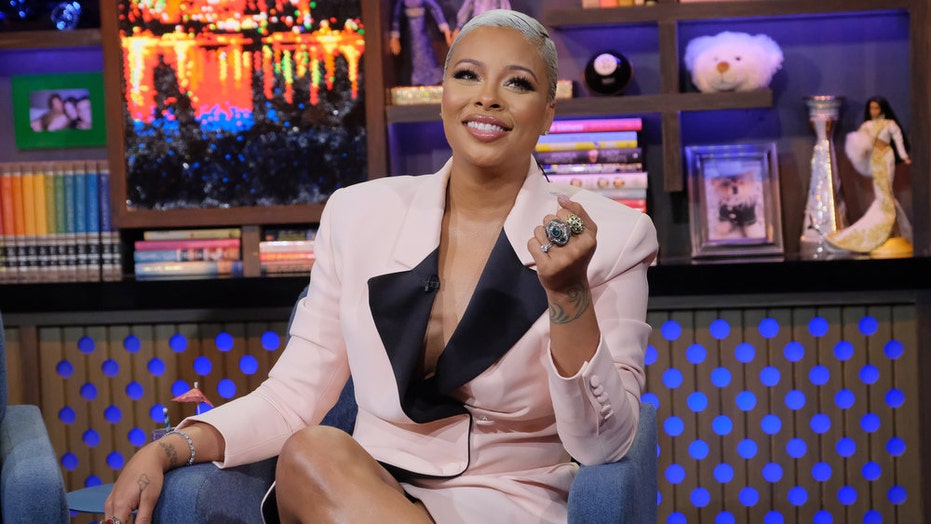 Eva Marcille is giving up her peach.

The 35-year-old model and reality star announced Tuesday that she is leaving "The Real Housewives of Atlanta" after two seasons on the Bravo franchise.

She revealed the news on her Atlanta radio show, "The Rickey Smiley Morning Show," and said: "I appreciate the bond of friendship that I have made with several of my castmates and strong personal relationships I have with numerous executives and producers of the Bravo and Truly Entertainment companies."

Marcille continued: "I am thankful for the opportunity I was provided. However, after speaking with my family and representatives, I believe that what I hope to accomplish for the culture and community will be better served by focusing on other opportunities."

Marcille added that the show was very time-consuming and she has a new husband, Michael Sterling, and a young family to raise.

"I have a 6-year-old daughter and two young boys still in diapers. They're 24-hours a day and there's a lot of work to be done," the mother-of-three said. "So I decided to spend my time and energy focusing on my kids and my community, and not so much reality show business."

The former "America's Next Top Model" winner went on to praise her female co-stars on the show.

She said, "I want to be very clear, even though we fought on the show, I love every single one of those black women. They are queens all in their own right. They are stars. And I wish them the most successful season and transformational season 13 that 'The Real Housewives of Atlanta' has ever seen."

Marcille first joined the franchise in 2017 as a "friend" in a recurring role and then became a full-time cast member in Season 11.

In other "Housewives" news, Tinsley Mortimer of "The Real Housewives of New York City" also recently announced her exit from the series.

"Thank you from the bottom of my heart to all my fans and friends who supported me and are happy for my fairy tale ending," Mortimer captioned a video clip of her on-camera engagement to Scott Kluth.

"Without #RHONY, I would never have met my prince charming, Scott," Mortimer added. "Being a Housewife was such a fun experience, and I thank @bravoandy and all the wonderful people at Shed Media and @bravotv. Swipe for a trip down memory lane. I love you all so much!!"