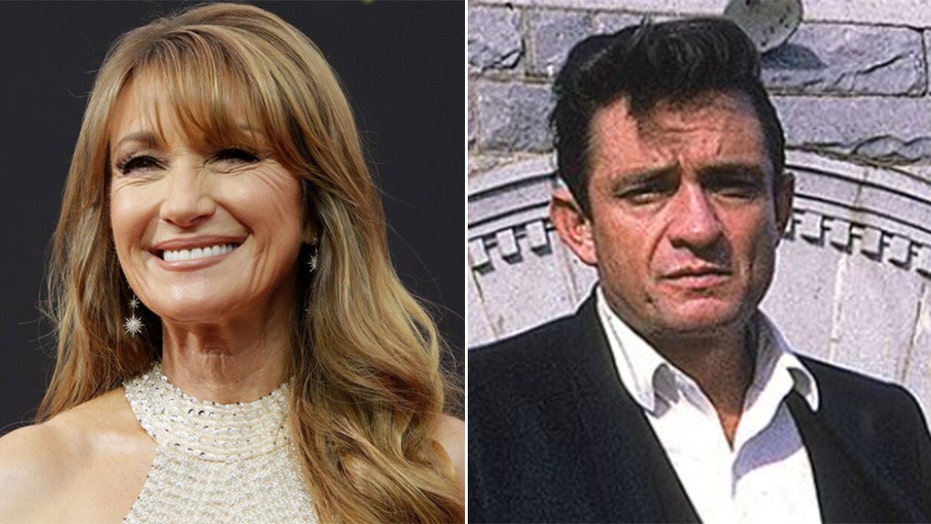 In the Zoom gathering, which was shared with Entertainment Weekly, the stars recounted their favorite memories from the set, including the time when Johnny Cash guest-starred as Kid Cole.

“I remember the time it was like three or four in the morning and we were filming in the little shed up somewhere and we had a pigsty,” Seymour recalled. “And [Johnny Cash’s wife] June was sitting with me and all of us in the pigsty. And she was eating her dinner off of Meissen China with George and silver.”

JANE SEYMOUR RECALLS BEING SINGLE IN HER 60S: ‘TINDER WASN’T GOING TO HAPPEN’

“And she said, ‘Honey, I’m just too old and too rich and too famous to be doing this,’” the British actress continued. “And I said, ‘Sadly, I’m not.’ She said, ‘How do we speed this up?’ And then Johnny looked at us and he took his prop guitar and he went into the set and he started serenading the crew. And they suddenly went super quiet. And they got that thing fixed super quick and they got a free concert by Johnny Cash. True story.”

“Dr. Quinn, Medicine Woman,” a period drama about the trials and adventures of a female doctor in a Wild West town, aired between 1993 and 1998. Over the course of the series, Dr. Quinn falls for Sully, a rugged mountain man. The series has been in syndication since then.

And while fans would love a real-life romance, the pair are nothing more than just close friends. Lando has been married to his wife Kirsten Barlow since 1997 and shares four children. Seymour was married to fellow actor James Keach from 1993 until 2015 and is a proud mom of four.

“It was particularly fun because I was playing mother/daughter scenes with my real daughter, and I was playing love scenes and engaging in bantering arguments with Joe Lando, who I’ve spent seven years acting with, and we actually even dated at one point,” Seymour told Chicago Parent back in 2011. “I don’t think people are aware of that," she added.

“We went out together when we did the ‘Dr. Quinn’ pilot," she went on. "It was a crazy rainstorm that happened and we were flooded out of the location, and then somehow or other, we definitely had feelings for one another, and we were definitely single at the time, and we definitely became an item for a while. Well, we were together long enough to know what we’re missing, and long enough to know why we’re married to who we’re married to.

“I think the unique part about it is that his wife and I are very good friends," Seymour added. "He and James are really close, and all our families, his boys and my boys, it’s a wonderful relationship we all have. We’re really close and we have a lot of miles under our belts. We’ve been through a lot, through thick and thin together… Joe and I really get along well.”