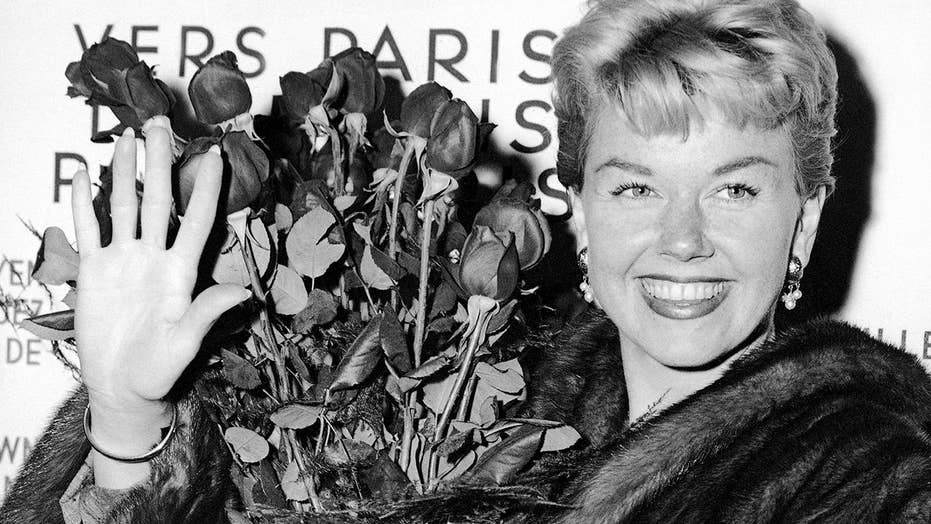 Charley Cullen Walters isn’t surprised that Doris Day will not have a funeral, memorial service or grave marker, per a stipulation in her will.

The star died on May 13 at age 97, the Doris Day Animal Foundation confirmed to Fox News. In an emailed statement, the foundation said Day was surrounded by close friends at her Carmel Valley, Calif., home and “had been in excellent physical health for her age, until recently contracting a serious case of pneumonia.”

As celebrities and fans across the country took time to mourn the Hollywood icon’s loss, a statement from the foundation revealed that Day made it clear she did not want a lot of time spent on memorializing her death.

Doris Day after receiving the Cecil B. DeMille Award at the annual Golden Globe Awards on Jan. 28, 1989. (AP Photo, File)

“Doris’ wishes were that she have no funeral or memorial service and no grave marker,” the statement read in part.

Walters, who served as Day’s publicist, told Fox News it was the actress/singer’s “very, very clear wish” not to have a memorial service or funeral.

“[It] was something a lot of people were surprised [by] — some people were even upset by it,” he explained. “I personally completely understand that having worked with her.”

DORIS DAY WILL HAVE NO FUNERAL, MEMORIAL OR GRAVE MARKER

Walters said that for years Day was offered the Lifetime Achievement Award by the Oscars, but she repeatedly turned down the coveted honor.

“It wasn’t something she was interested in — and I came to really respect her for that,” said Walters. “There’s nobody like her anymore. She was truly an egoless person who did not crave the spotlight. In fact, she shied away from it. For her, her acting and her music career were her jobs, which her mother got her into at a very young age. She always said, ‘I just did the best job that I could, and it was a pretty darn good job.'"

Day left behind Hollywood in 1973 and moved to Carmel, where she focused on animal rescue, a lifelong passion. According to Walters, the Academy of Motion Picture Arts and Sciences reportedly offered Day a Lifetime Achievement Award about six times — and all six times she turned them down.

“They dabbled with the idea of making it about the animals,” claimed Walters. “[But] she didn’t want to return to Hollywood, which was always one of the requirements of the award up until recently — it was that you had to be there. That was something that was not of interest to her.”

Doris Day signs her name in cement by her handprints on Hollywood Boulevard, Hollywood, California. (Photo by Hulton Archive/Getty Images)

“Instead, the only wave of publicity we would do was usually around her birthday,” continued Walters. “We convinced her at age 90 to release a photo, which was the first time she had done that in about 20 years. We realized though, that if she did just a little bit of publicity, she would see a nice spike in donations for the animals. And she liked that. So we did that and it became an annual tradition that we would release one photo on her birthday, every year.”

Walters was brought up to help with Day's publicity when she was gearing up to release 2011's "My Heart," an album of unreleased music. When Walters agreed to take on the gig of a lifetime, he learned that Doris hadn't appeared publicly since the 1989 Golden Globes.

"In a sense, our job was to protect her instead of promoting her, as she wasn’t a person who craved the spotlight or attention," explained Walters. "In the rare media interviews we did, the focus was always about her Doris Day Animal Foundation, her true passion.  After she lost her son Terry [Melcher], one of her only living family members, the DDAF is where she poured all her heart and soul, and she did an excellent job with that. In any interviews she did, she always brought It back to her 'four-legged friends,' and I admired her so much for that.”

Over the years, many fans of America’s Sweetheart always wondered what happened to Day or why she wouldn’t entertain the idea of a Hollywood comeback. Some even speculated Day was insecure over her looks. However, Walters insisted that was far from the truth.

“Doris considered her acting career her job, one she got into because of her own mother, and she simply tried to do the best job she possibly could,” he explained. “She was a rare type of celebrity who never cared about the fame, and if anything would’ve rather done without It.”

Doris Day prepares to speak at a press conference at the dog-friendly hotel she owns in Carmel, Calif., on July 16, 1985 (Photo by Paul Harris/Getty Images)

Still, Day never forgot her fans. In fact, it's one of Walters’ favorite memories of the screen icon.

“I’ve never seen fans or her so full of joy when she walked in that room [on her annual birthday celebration],” he recalled about longtime admirers who attended the celebration every year in hopes of finally meeting Day.

“Instead of getting tired of leaving early as we expected, she stayed around and greeted a line of every single person at that party, and let them all take photos too,” he said. “It was remarkable, and a great testament to how beloved she was and always will be. One of my favorite line of hers was ‘Never Say Never,’ which she would say in the classic Doris tone and cadence when people would ask if they’d ever see her back in Hollywood.  It was so indicative of her witty sense of humor, which she had until the very end.”

Day's smooth-as-silk vocals, wholesome blond beauty and megawatt smile brought her a string of hits, first on records and later in Hollywood.

American singer and actress Doris Day in an exuberant pose with her arms outstretched, circa 1990. (Photo by Terry O'Neill/Iconic Images/Getty Images)