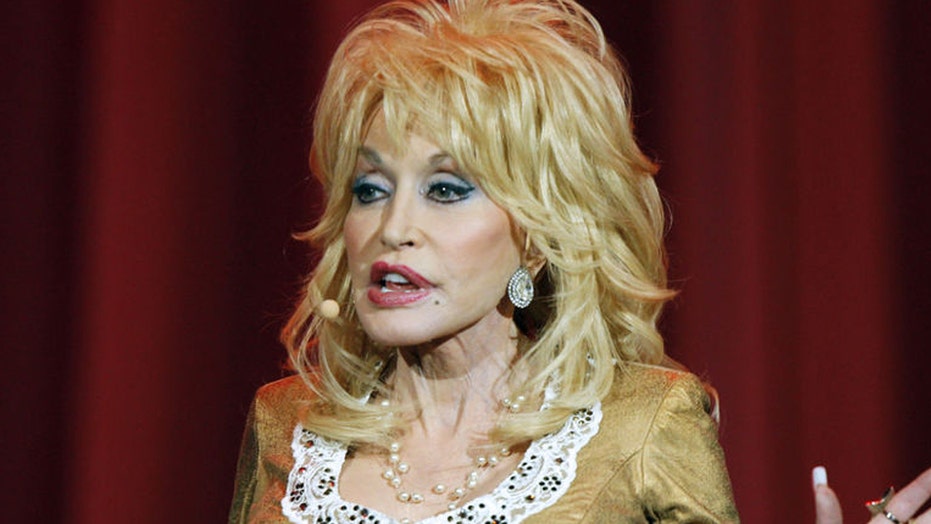 After 50 years of marriage, Dolly Parton and her husband have renewed their wedding vows — and they did it in a way that only Dolly Parton could pull off.

The country icon and her publicity-shy husband, Carl Dean, married on May 30, 1966, and they celebrated their golden anniversary by renewing their vows at a private ceremony in Nashville.

“If I had it to do all over, I’d do it all over again, and we did,” Parton says in a press release. “I’m dragging him kicking and screaming into the next 50 years. Wish us luck. In all honesty, the only way I was able to get Carl to do any of this in the first place was that it was a great opportunity for us to raise money for some very worthy causes.”

Parton will auction off the photos of the private ceremony to the highest bidder, with the money going to benefit children’s charities. After 50 years of completely avoiding the public side of his wife’s career, she has even convinced her camera-shy husband to sit for his first-ever interview, which she conducted using questions submitted by fans. That exclusive interview will be released to coincide with the photos, which will also mark the first time the public has ever seen Carl Dean.

“My first thought was, ‘I’m gonna marry that girl,'” he says, recalling the first time he saw Parton at the Wishy Washy Laundromat. “My second thought was, ‘Lord she’s good lookin’.’ And that was the day my life began. I wouldn’t trade the last 50 years for nothing on this earth.”

Parties interested in bidding on the rights to the photos can email dollyweddingphotos@gmail.com. Parton is currently crossing the country on her Pure & Simple Tour, which is slated to run all the way through November.