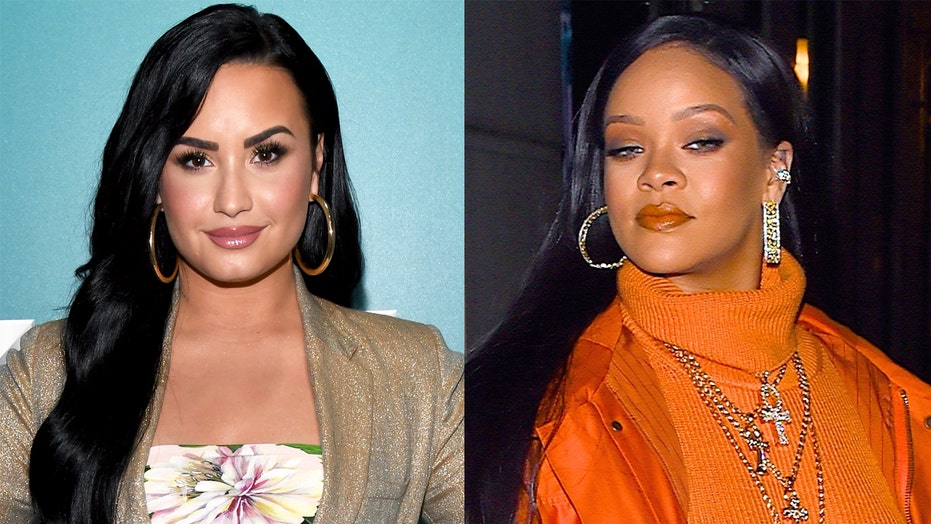 Rihanna has a lot of fans, and Demi Lovato is certainly among them.

The 27-year-old singer recently visited "The Ellen DeGeneres Show," where she reminisced on a past visit when she played the romantic-tinged game "Who'd You Rather?"

In the game, Lovato constantly chose Rihanna over all of the other options.

DEMI LOVATO SHARES MAKEUP-FREE SELFIE: 'IT'S IMPORTANT TO SHOW MYSELF UNDERNEATH IT ALL'

"Last time you were on here ... we played 'Who'd You Rather?' and no matter who we put up, you chose Rihanna," said DeGeneres, 62, while Lovato laughed. "I assume she's called you."

DeGeneres quipped: "Rihanna, how dare you."

"No! Look, I just wanna make out, OK?" Lovato said. "I mean, we could do a song together too. Maybe we make out in the video, I don't know."

DeGeneres suggested that maybe Rihanna would give Lovato a call after all.

"I was on dating apps for a while, but as I've spent some time with myself over the past couple of months, I realized that I am the type of person that will find any way to regulate when I'm sad or lonely," Lovato explained. "I have to fight those battles on my own and I can't let somebody come in and fix those issues for me."

She added: "So right now I'm single and spending my Saturday nights by myself ... laughing, taking baths."

"I have a show coming out with Quibi, it's not like this, like a talk show with an audience," she said. "...I'm going to have some people that I really respect [and] admire that I want to have some conversations with on the show and just talk about things that are important right now."