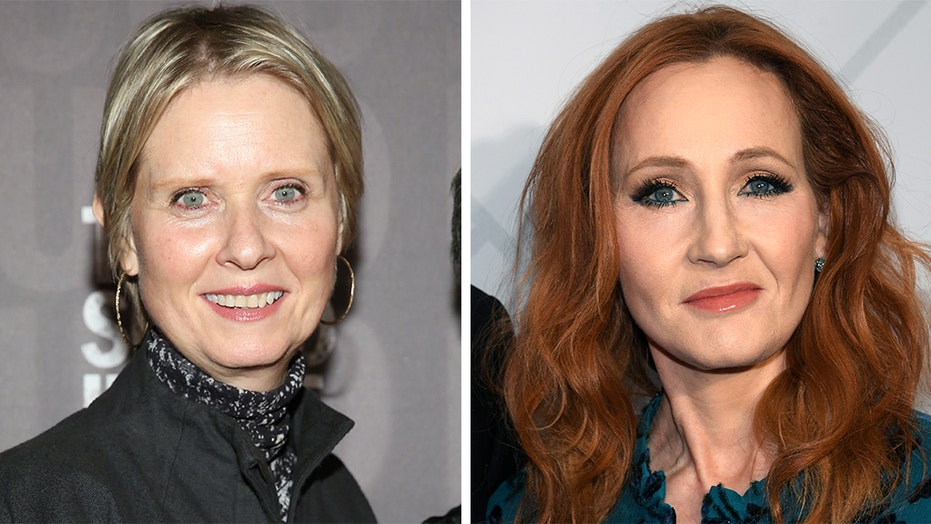 Cynthia Nixon is speaking out about J.K. Rowling's recent comments on gender and transgender identity.

In June, the "Harry Potter" scribe came under fire for mocking an article with a deadline mentioning "people who menstruate."

The 55-year-old author took to Twitter to urge writers to use the term "women," irking the LGBTQ+ community and their allies, who found the comments to be transphobic.

Rowling has addressed the controversy a number of times, as have Daniel Radcliffe, Rupert Grint and Emma Watson.

Cynthia Nixon said that J.K. Rowling's comments on transgender identity were 'really painful' for her transgender son, who was a fan of the 'Harry Potter' books. (Getty Images)

A ripple effect is still being felt by some, however, as is the case for Nixon's son, who is transgender.

In an interview with The Independent, Nixon, 54, revealed that her 23-year-old son Samuel found the comments to be "really painful."

“It was really painful for him because so much of his childhood was tied up with Harry Potter. We’re a Harry Potter family," explained the former "Sex and the City" star. "The books seem to be about championing people who are different, so for her to select this one group of people who are obviously different and sort of deny their existence, it’s just… it’s really baffling."

Nixon added: "I know she feels like she’s standing up for feminism, but I don’t get it."

Radcliffe, 31, was the first of the trio of "Harry Potter" stars to speak out in opposition of the comments, releasing a statement through The Trevor Project, a pro-LGBTQ+ organization.

"Transgender women are women. Any statement to the contrary erases the identity and dignity of transgender people and goes against all advice given by professional health care associations who have far more expertise on this subject matter than either Jo or I," he insisted.

Watson, 30, followed suit by stating "trans people are who they say they are," as did Grint, 32, when he stated that "trans women are women. Trans men are men."

A handful of employees of Rowling's literary agency quit over the comments, and just last month, the author returned the coveted Ripple of Hope Award to the Robert F. Kennedy Human Rights organization in the wake of the backlash she received.