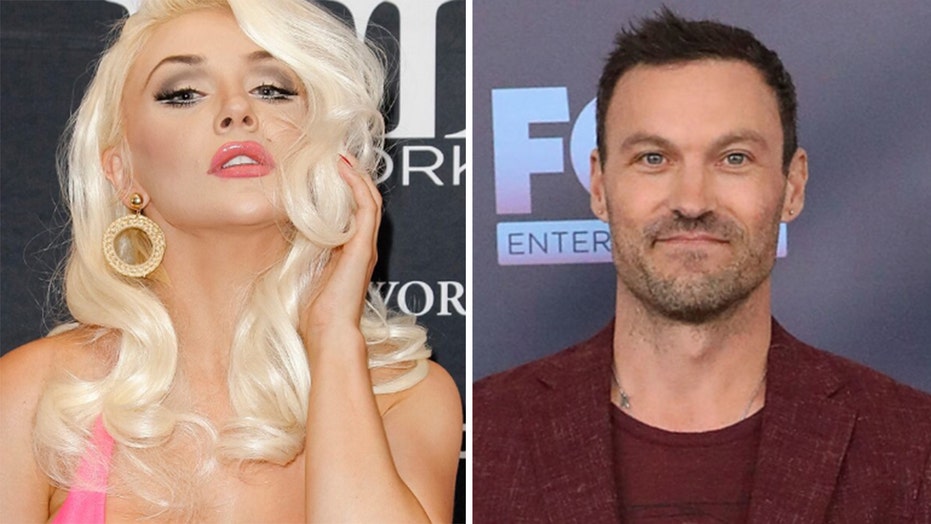 EXCLUSIVE: Courtney Stodden is opening up for the first time about her rumored romance with Megan Fox's soon-to-be ex-husband, Brian Austin Green.

In an exclusive statement to Fox News, Stodden, 25, claims that she and Green, 46, were having fun together and suggested they were physical until she felt compelled to block his number.

"I had blocked him after several other women who he was playing came forward to me," Stodden, 25, alleged. "I stand with them and I believe them.

"Brian wanted me to remain his little secret," she claimed, further calling Green "a womanizer."

Stodden's statement to Fox News comes just days after Green was captured on video telling TMZ that Stodden is "super nice but disappointing." He explained his disappointment came from Stodden's recent release of a video of the two of them in a hot tub, which she posted to Instagram one day after he was spotted with model Tina Louise.

Green claimed the video was a month old and that Stodden released it to "create problems" for himself and Tina Louise.

Stodden told Fox News that she was "stunned" by Green's comments about her.

"He looks a bit unhinged," she continued before claiming: "The truth is that Brian is disappointed in himself."

Stodden said she's moving on. The lingerie model is currently working on her new single "Side Effects," which will be released later this month. She said the song will mirror her love life, specifically "the repercussions many of us women face when being used."

She told us she's also been "hard at work" on her first memoir.

In May, Green confirmed that he and Fox, 34, were calling it quits on their marriage of nearly 10 years.

Reps for Green did not immediately respond to Fox News' request for comment.