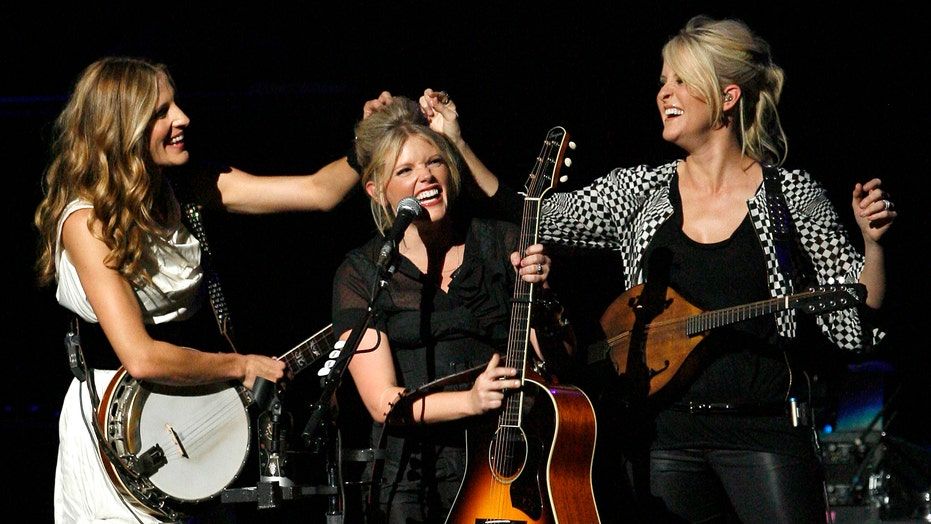 Across the band's social media pages, the women now go by The Chicks. On Thursday morning, their official Twitter handle was changed from @dixiechicks to @thechicks.

The group made up of Natalie Maines, Martie Erwin Maguire, and Emily Strayer, also changed their name on Instagram and Facebook.

A statement on The Chicks' website said “We want to meet this moment.” The term Dixie refers to Southern U.S. states, especially those that belonged to the Confederacy.

The Chicks also dropped a new song “March March" from their comeback album "Gaslighter" that features videos and images from the recent Black Lives Matter rallies.

In early July, fellow country band Lady Antebellum announced on social media that it changed its name to Lady A.

The decision, which the Grammy-winning group announced on Twitter, comes "after much personal reflection" and conversations with "closest black friends" as Antebellum refers to a period of time "which includes slavery."

Band members, Hillary Scott, Charles Kelley, and Dave Haywood, said in a statement they are regretful and embarrassed for not taking into consideration the word’s associations with slavery.

But a problem arose since a blues singer, Anita White, has gone by the moniker Lady A for over 20 years.

A rep for Lady Antebellum told Rolling Stone morning that the band was not aware of White and that they also planned on reaching out to her. And on Monday, the group revealed that they, in fact, had reached out.

"Today, we connected privately with the artist Lady A," the band wrote on Instagram along with a screenshot of a video chat. "Transparent, honest, and authentic conversations were had. We are excited to share we are moving forward with positive solutions and common ground. The hurt is turning into hope. More to come."