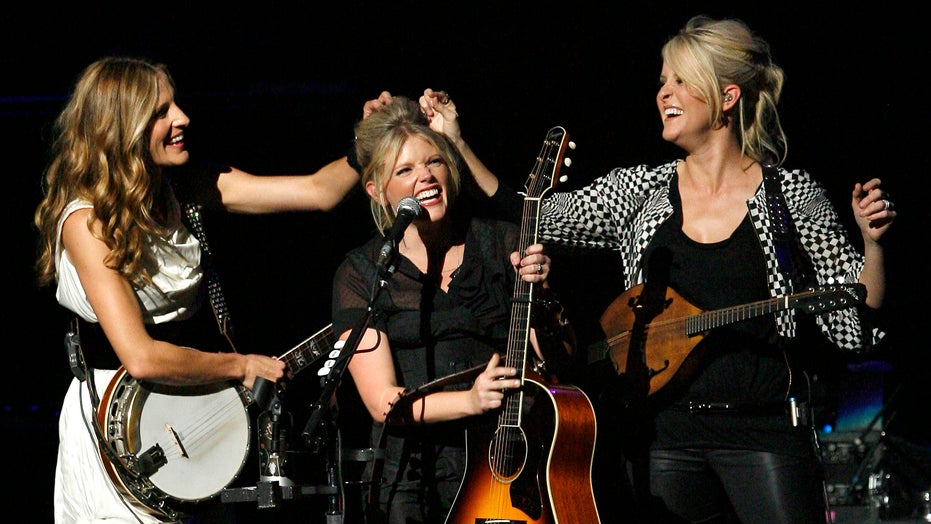 The Dixie Chicks released a song this week after a 14-year hiatus, but despite the release, the trio revealed they feel left out of the country music industry.

The band, comprised of Natalie Maines, Emily Robison and Martie Maguire, flew under the radar for over the last decade. Now, they are setting the record straight about the 2003 backlash that halted their career.

While speaking to Allure, lead singer Maines spoke on behalf of all three women when she declared they do not feel accepted by the "country music world."

"No, absolutely not," Maines told the outlet. "When we started doing this music, I liked the people in our industry. We always waved that country flag when people would say it wasn't cool. And then to see how quickly the entire industry turned on us..."

She continued: "I was shocked that people thought that we were different than what we were. I always felt like we were so genuine."

Maines was referring to the group receiving severe backlash in 2003 after Maines told a London audience that they were ashamed President George W. Bush was from Texas.

"Just so you know, we’re on the good side with y’all. We do not want this war, this violence, and we’re ashamed that the President of the United States is from Texas," she said at the time.

The public spat caused radio stations to pull the band's songs off the airwaves.

The Dixie Chicks' last album was in 2006, "Taking the Long Way." It won Grammy awards for Album of the Year and Best Country Album. In 2016, they helped celebrate the 50th anniversary of the Country Music Awards and took the stage with Beyonce to help her perform her song "Daddy Lessons."

The award-winning trio first confirmed their return to the music world last June, when Maines took to Instagram to tease they were working on some new songs.

While it's been more than a decade since the release of their last album, the Dixie Chicks seem to still be sticking to their roots -- and their values. When asked if Maines could take back the moment she addressed the London crowd with comments about now-former President Bush, she said no.

"Oh, that's an interesting question," Maines said. "I have no regrets, but the responsible part of me doesn't want to put people through s--t."

Before the group's hiatus, The Dixie Chicks won 13 Grammy Awards, had four albums under their belt and reportedly sold more than 30 million records.

Backlash or not, the trio said a lot of work went into getting the album ready, but they will not base their value as musicians on the number of records sold.

"I prefer my kids like me than having a number one record. It doesn't mean that I won't be grateful when it happens," Maines added.