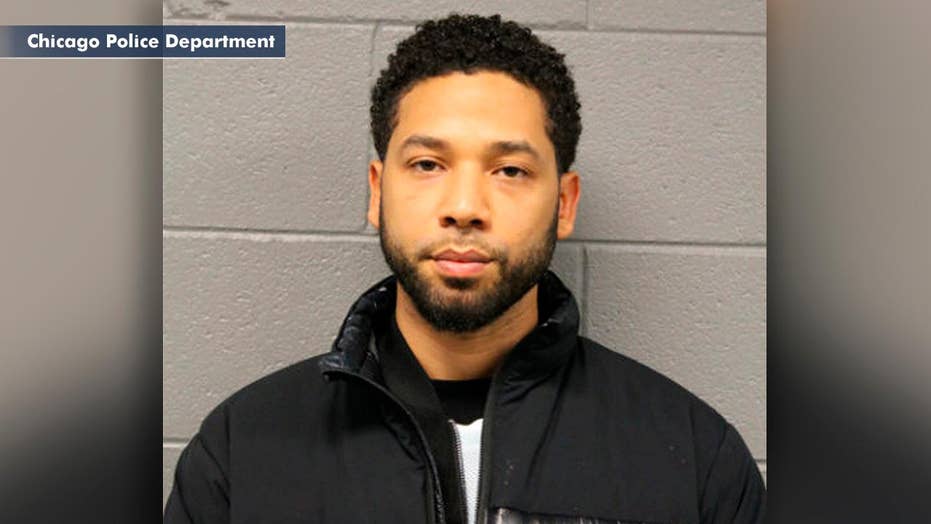 Smollett faked hate crime attack because he was dissatisfied with his salary, Chicago PD says

The Chicago Police Department holds a press conference following the arrest of 'Empire' star Jussie Smollett detailing the timeline of their investigation into the 'hoax' assault.

CNN’s Keith Boykin and Van Jones appeared on "At This Hour" with Kate Bolduan Thursday morning after the Chicago Police had laid out their case against "Empire" star Jussie Smollett, accusing the actor of staging both an elaborate, fake homophobic and racist beat-down, and sending as a threatening letter containing white powder to himself that was sent to the Fox studio in that town.

Both defended their initial belief in Smollett’s story when it made headlines three weeks ago.

“A lot of people say, how can you believe this story from the beginning?” Boykin said.

“Because it happens!” Jones said

“We had Nazi’s marching in Charlottesville not long ago. We have people sending pipe bombs to CNN. We have just today or yesterday, we have a Coast Guard white nationalist who is involved in plotting a terror attack on Americans," Boykin said. "So, we live in difficult, extreme times. When a story comes up however implausible it seems on its face, unfortunately, we live in a world now where these things are even possible.”

In a press conference Thursday morning Chicago Police officials alleged that Smollett set up a fake assault in order to gain a pay raise from his hit Fox show “Empire.” Smollett claimed he was attacked by two white men who used homophobic and racist slurs. He also said they used a pro-Trump slogan.

“We haven’t heard his voice. We haven’t heard from him yet,” Jones said urging some caution on the latest accusations. “Twenty-four hours from now we could be back here saying we shouldn’t have rushed to judgment on this. All I want to say is that it looks like the fall of an icon.”

Boykin, a CNN commentator, who said he’s known Smollet for eight years, was "devastated" by the news.

“It’s heartbreaking," he said. "I’m hoping still despite all the overwhelming evidence that is presented that it’s not true.”

While both commentators seemed to hope that Smollett would be vindicated despite evidence both also talked about the severity of Smollet’s alleged actions.

Jones later added: “This ain’t nothing to play with.”