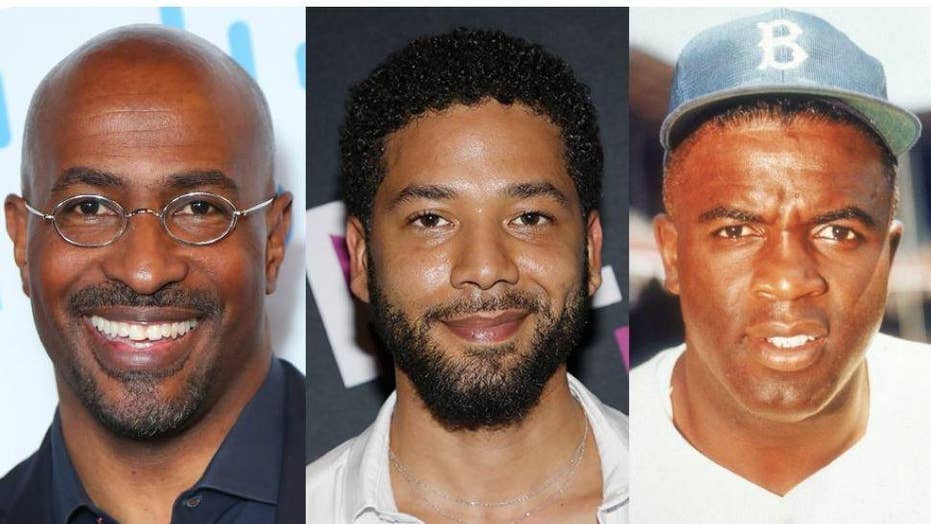 CNN’s Van Jones compares ‘Empire’ actor Jussie Smollett to Jackie Robinson in a speech about how beneficial the actor has been to the ‘black community.’

CNN’s Van Jones compared "Empire" actor Jussie Smollett to Jackie Robinson on Thursday during a rant about how beneficial the actor has been to the “black community.”

Moments after Chicago cops laid out their case against Smollett, the CNN pundit made the eyebrow-raising comparison during a conversation with anchor Kate Bolduan.

Robinson famously broke Major League Baseball’s color barrier in 1947, becoming the first black player and was hit with an onslaught of racism in the process. His number, 42, is retired throughout MLB and he’s considered an American hero.

As for Smollett, 36, he is accused of orchestrating an elaborate hoax involving two "bogus" hate crimes -- one involving an alleged attack, and one involving a threatening letter -- all in order to get a pay raise.

Chicago police Superintendent Eddie Johnson said Smollett orchestrated a "phony attack" in order to take "advantage of the pain and anger of racism to promote his career" during a press conference on Thursday.