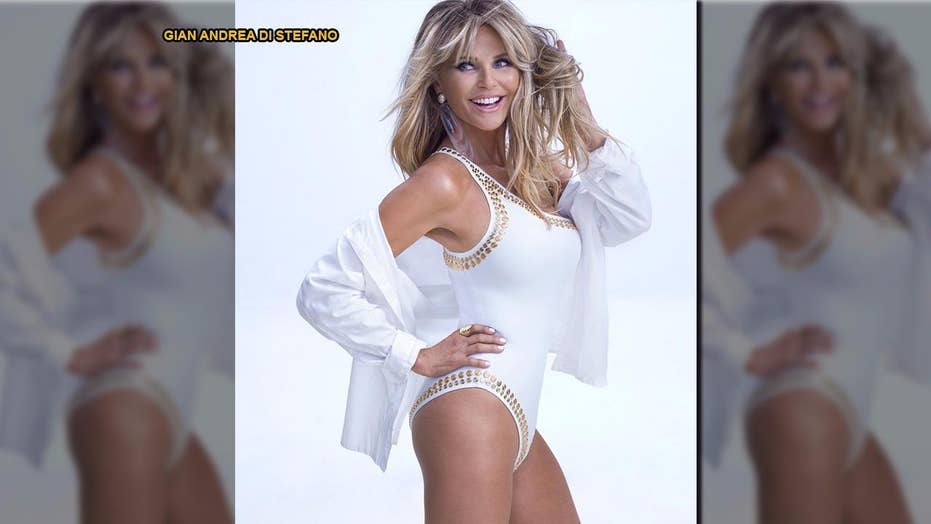 Fox411: Christie Brinkley stuns in a new photo shoot and says there are still many goals she would like to accomplish

Christie Brinkley’s daughter Sailor Brinkley Cook officially earned the title of first-ever second generation Swimsuit model for Sports Illustrated — and it was the famous matriarch who broke the news.

Sports Illustrated reported Wednesday the 63-year-old was invited to conduct a fake interview with the 19-year-old about her experience during New York Fashion Week. It was then that Brinkley broke the news in front of cameras.

“You’re on your own now,” the swimsuit icon told Cook after sharing the news. “You’re out of my sandy footprints, and you are on your own!”

Brinkley has appeared in the magazine eight times between 1975-2004. She is also known for her three consecutive Sports Illustrated Swimsuit covers in 1979, 1980 and 1981.

In 2016, Brinkley posed for Sports Illustrated Swimsuit once again at age 62 alongside her daughters Cook and singer Alexa Ray Joel.

“Obviously we loved Sailor from the get go,” explained Sports Illustrated Swimsuit editor MJ Day. “Meeting and shooting her last year was one of the highlights of my career. She’s the millennial girl next door. She’s funny. She’s driven. She’s smart. She’s beautiful. She’s interesting. And most of all, she has a voice and isn’t afraid to use it.”

Day insisted that when it came to selecting Cook for her solo photo shoot this year, the decision was a no-brainer.

“Sailor translates so well off the printed page — she takes beautiful pictures but that’s only one of the countless things she’s good at. Much like her mom, she embodies everything it means to be an SI Swimsuit model, but she’s doing it in a way that is very much her own.”