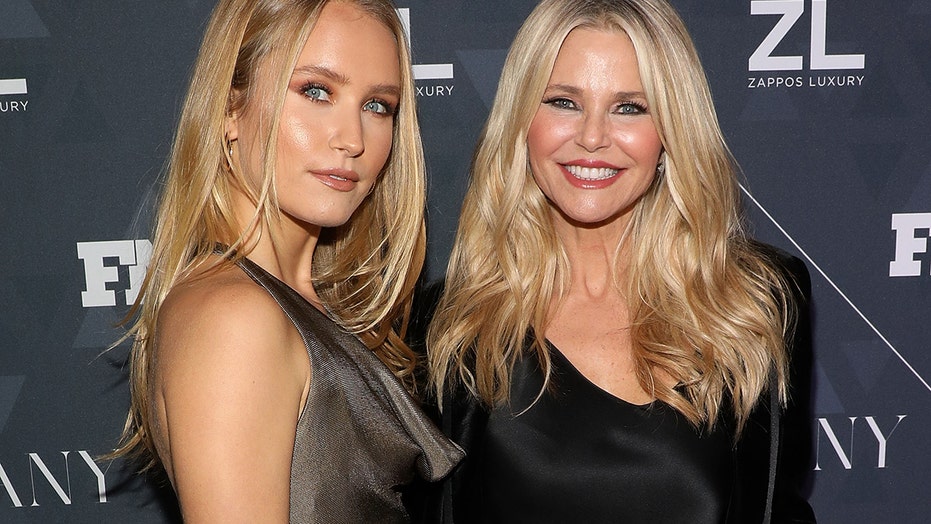 Christie Brinkley is done with "Dancing with the Stars," the supermodel announced just hours before the 2019 season premiere of the ABC competition series.

Brinkley, 65, revealed on "Good Morning America" on Monday that she broke her arm during rehearsals and will need to undergo surgery.

But fans will have another Brinkley to cheer on — the 65-year-old's daughter, Sailor Brinkley-Cook, 21, will take her mom's spot on the reality show.

CHRISTIE BRINKLEY’S KIDS SAY THEY ‘HATE’ BEING CALLED ‘CELEBRITY CHILDREN’: ‘IT CAN STUNT YOUR GROWTH’

"Showbiz is all about getting a break, and Sailor and I both got one on 'Dancing with the Stars' this season," Brinkley said in a statement on "GMA."

Brinkley-Cook, who is also a Sports Illustrated model like her famous mom, said she's busy learning her mother's dance routine just hours before she will perform live.

ABC and BBC Studios told Fox News on Monday: "While rehearsing for the premiere of ‘Dancing with the Stars,’ Christie Brinkley suffered injuries which required surgery to her wrist and arm. She is unable to continue her planned participation on the show. Keeping it all in the family, her daughter Sailor Brinkley-Cook, a Sports Illustrated model, has chosen to quickly step in with hours to learn the entire routine and will compete in her mother’s place for the remainder of the season. We wish Christie a full and speedy recovery and look forward to seeing her in the audience, whenever possible, proudly supporting Sailor."

Brinkley told People magazine in August that her children had a surprising reaction to their mom joining the competition. Brinkley has three children: Alexa Ray Joel, 33; Jack Brinkley-Cook, 24; and Sailor Brinkley-Cook, 21.

“They laughed,” admitted Brinkley. “They were like, ‘Oh, you’re going to do ‘Dancing with the Stars?’”