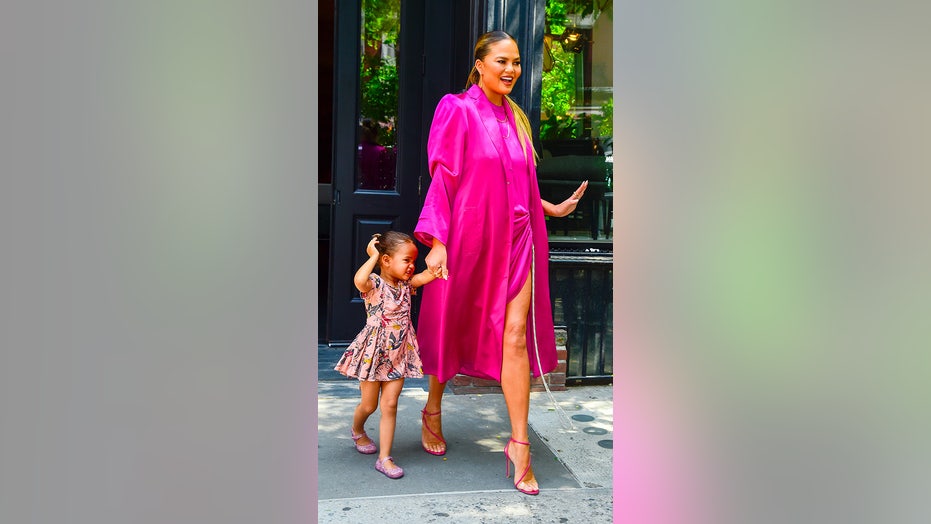 Chrissy Teigen was found defending herself again this week to social media users who criticized the mother of two over her daughter’s first dentist visit.

The 33-year-old model posted a video to Instagram of her daughter Luna’s first visit to the dentist on Wednesday.

“So proud of my toons at her first dentist appointment!!” she said of her 3-year-old daughter.

It wasn’t long before Teigen came under attack by some who said she waited too long for a “first” trip to the dentist.

"What age do they start over there? My daughter started seeing a dentist at a (year) old," one person commented.

“I’ve always heard at least by age 1 or within 6 months after the first tooth erupts. Luna definitely should have seen a dentist multiple times by now as kids should go twice a year!” another troll added.

Expecting people to shame her parenting, Teigen said “Was waiting for this. U guys never fail me.”

Earlier this month the TV host and author defended herself against an Internet troll who criticized her young daughter’s hair.

“Finally someone brushed her hair,” a troll reportedly wrote, according to Us Weekly.

“All by herself! Maybe she can come do your makeup,” Teigen purportedly clapped back, per the publication.