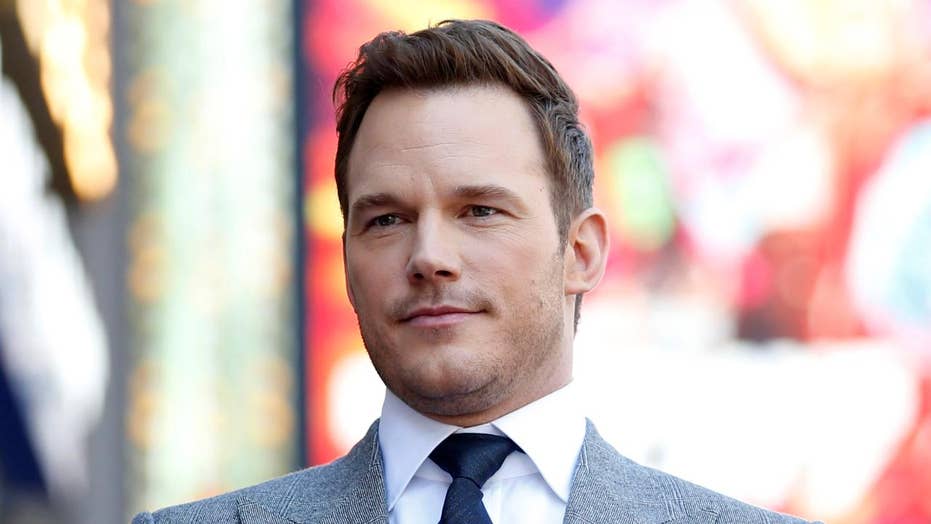 After actor calls for prayers for Kevin Smith; insight from Megan Alexander, author of 'Faith in the Spotlight' and correspondent for 'Inside Edition.'

Chris Pratt has never been shy about his faith — quite the opposite.

Most recently, when Ellen Paige shamed him for attending a church she claimed is “infamously anti-LGBTQ," the actor took to Instagram to defend himself.

“It has recently been suggested that I belong to a church which 'hates a certain group of people' and is 'infamously anti-LGBTQ,'" he wrote. "Nothing could be further from the truth. I go to a church that opens their doors to absolutely everyone.

"Despite what the Bible says about divorce my church community was there for me every step of the way, never judging, just gracefully accompanying me on my walk,” the 39-year-old Pratt said. “They helped me tremendously offering love and support. It is what I have seen them do for others on countless occasions regardless of sexual orientation, race or gender.”

In a recent appearance on “The Late Show with Stephen Colbert” to promote “The Lego Movie 2,” the host asked him about his recent observation of the 21-day fast inspired by the biblical prophet Daniel.

“I was inspired by my pastor, we do it. It’s kind of like our Lent, you know, we give something up,” he explained. “So for 21 days I had no meat, no sugar, no alcohol… and it was actually amazing. It was really cool.”

CHRIS PRATT SLAMS ELLEN PAGE'S CLAIM HIS CHURCH IS 'ANTI-LGBTQ': 'NOTHING COULD BE FURTHER FROM THE TRUTH'

Colbert went on to ask the star if he feels like he’s ever metaphorically in a lion’s den because of his immense fame.

Pratt responded to the question with a quote from Pastor Christine Caine.

“If the spotlight that’s shining on you is brighter than the light that comes from within you, it’ll kill you,” he said. “And you see it all the time. People in our position, people that are actors, you see it a lot. It’s a real bright spotlight.”

CHRIS PRATT FOLLOWING 21-DAY FAST BASED ON THE BIBLE

He continued: “Sometimes just having a self to share is what kills you because there's nothing left. So you have to have a light to share. A light that's just as bright as any of these lights. Then you can survive and then you can save some of yourself and not give it all away.”

When Pratt revealed on Instagram that Katherine Schwarzenegger, the 29-year-old daughter of Arnold Schwarzenegger, accepted his marriage proposal, fans got yet another glimpse of the star's faith.

"Sweet Katherine, so happy you said yes! I’m thrilled to be marrying you. Proud to live boldly in faith with you. Here we go!” he captioned.

In an Instagram post Pratt shared for Schwarzenegger’s birthday, he wrote, “Happy Birthday Chief! Your smile lights up the room. I’ve cherished our time together. Thrilled God put you in my life. Thankful for the laughs, kisses, talks, hikes, love and care.”

At the 2018 MTV Music and TV Awards, Pratt took the stage to accept the Generation Award and addressed the younger generation in a speech called “Nine Rules from Chris Pratt.” Three of those rules referenced Pratt’s strong faith.

“God is real. God loves, you, God wants the best for you,” he said as the sixth installment in the list. “Believe that. I do.”

“Learn to pray,” Pratt continued in his eighth bullet on the list. “It’s easy, and it’s good for your soul.”

The star concluded with a note about grace.

“Nobody is perfect. People are going to tell you you’re perfect just the way you are - you’re not. You’re imperfect,” he said. “You always will be. But, there is a powerful force that designed you that way. And if you’re willing to accept that, you will have grace. And grace is a gift. And like the freedom that we enjoy in this country that grace was paid for with somebody else’s blood. Don’t forget it. Don’t take it for granted,” he said, to applause from the crowd.

In an April 2017 Facebook post, Pratt shared, “Psalm 126:3 "The LORD has done great things for us, and we are filled with joy." Thank you to the many, many people who empowered me to follow my dreams.”

On the cover of the January 2017 issue of Vogue, Pratt spoke about his rise to fame and how his faith turned him from a door-to-door salesman into a Hollywood movie star.

“That’s why I believe in God and the divine,” he told me. “I feel like it was perfectly planned."

Morgan Debelle Duplan is an Associate Editor for FoxNews.com.