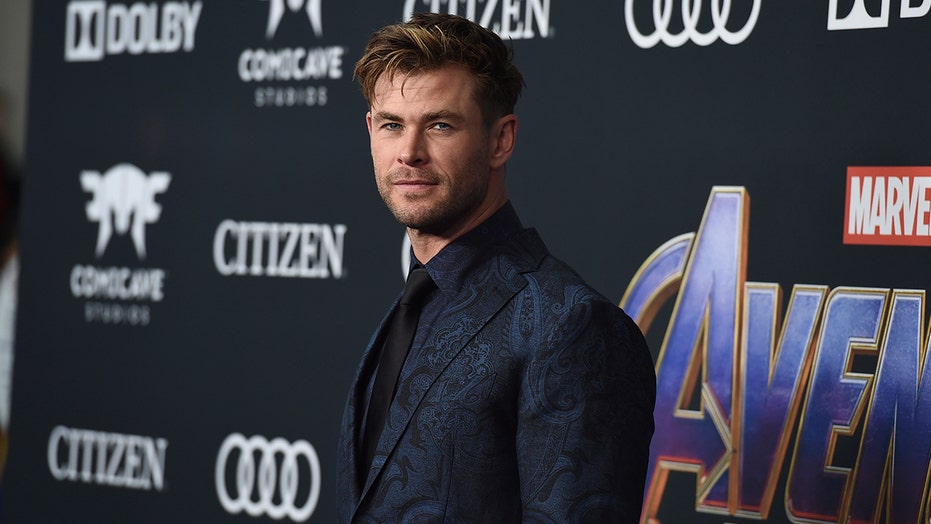 Chris Hemsworth plays Thor, the god of Thunder, in the Marvel franchise, but he may have found another career in predicting thunder instead.

In a clip shared on Twitter, Hemsworth could be seen wandering behind reporter Lauren Phillips as she discussed horses that were in the area.

ELSA PATAKY SAYS RELATIONSHIP WITH HUSBAND CHRIS HEMSWORTH HAS 'UPS AND DOWNS': 'WE STILL KEEP WORKING' AT IT

The "Thor" star approached Phillips and took her microphone, joking about seeing the horses in the field behind them.

Phillips laughed when she saw Hemsworth while the show's anchors back in the studio looked stunned.

The reporter then asked Hemsworth if he'd read off temperature forecasts for cities around the country, though he joked he'd "mispronounce all of these."

Phillips joked that the star made her job "look very easy" before asking him why he was in the area.

He revealed that he was visiting with a few organizations that "are doing some amazing conservation work protecting Australia's ecosystems."

Chris Hemsworth arrives at the premiere of "Avengers: Endgame" at the Los Angeles Convention Center on Monday, April 22, 2019. (Photo by Jordan Strauss/Invision/AP)

He also noted that being home in Australia is nice, as his busy schedule keeps him away from home a lot.

"I've been here all year and it's been fantastic," Hemsworth said. "Been with the family and laying low and keeping an eye on the horses back there."

After the anchors joked that Hemsworth was "booked" for the show and due back the next day, he joked: "I’m only available for the next 35 seconds. Unfortunately, you’re gonna have to keep [Phillips].”

The actor has been very proactive in his support for conservation, and on Monday, he revealed that he'd be participating in a "free, live, global event to change how we tackle climate change."

The announcement came via Instagram, where he announced Mark Ruffalo, Don Cheadle, Jaden Smith and more will also take part in the event on Oct. 10.