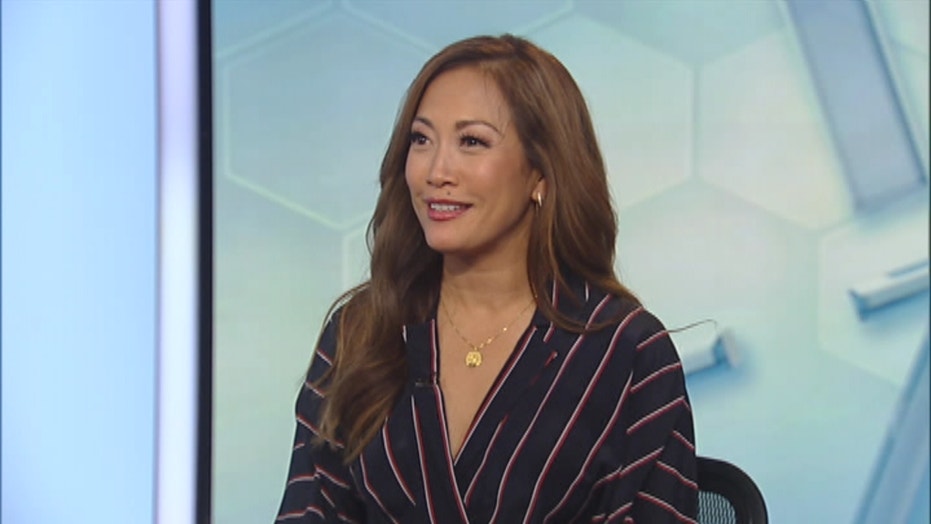 Carrie Ann Inaba fell victim to her seating arrangements on Monday night’s episode of “Dancing with the Stars.”

The 51-year-old judge was in the middle of wrapping up her praise for the performance of "The Office" star Kate Flannery and pro Pasha Pashkov when she rose to take a peek at a prop used in the dance routine. Upon sitting down, Inaba missed the seat and plummeted to the ground.

'DANCING WITH THE STARS' PRO PETA MURGATROYD SWORN IN AS US CITIZEN: 'DREAMS REALLY DO COME TRUE'

The veteran judge had a good laugh as she made her way to the ground, much to the shock and laughter of the audience. Inaba maintained good spirits as staffers, as well as Flannery and Pashkov, rushed to check on her.

“Are you alright? I knew those chairs were going to be trouble,” said host Tom Bergeron about the incident.

CHARLIE SHEEN ON TURNING DOWN 'DANCING WITH THE STARS': 'I HAVE TWO LEFT FEET'

This was not the first time that Inaba has fallen on the hit TV show. In 2012, after a performance from Gilles Marini and Peta Murgatroyd, an excited Inaba missed her seat and tumbled to the ground in a similar vein to her Monday night incident.

The performance by Flannery and Pashkov that Inaba fell head over heels for was incredibly well received by the judges. The Mary Poppins-themed performance received a 24 out of 30 points and the duo was praised for being “so in sync” and for a performance that was “so well-rehearsed.”