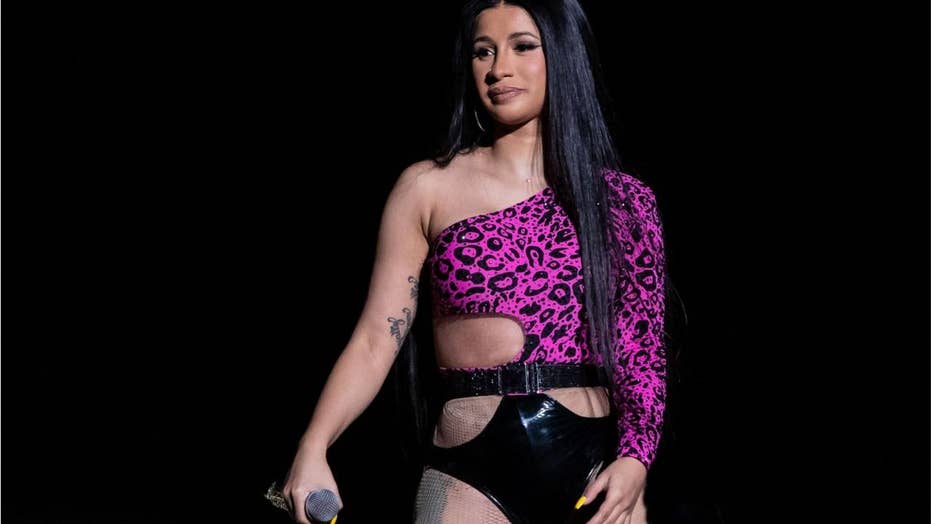 Cardi B may want to call Nigeria her new home. The New York City born rapper said she’s planning to file for citizenship in Nigeria amid increasing tensions between the U.S. and Iran.

Cardi B says she’s planning to file for citizenship in Nigeria after taking a dig at President Donald Trump for his part in the increasing tensions between the U.S. and Iran.

The 27-year-old “Money” singer took to Twitter shortly after Trump ordered an airstrike that killed Iran's top general, Qassem Soleimani. The killing sparked several memes and concerns on Twitter of a conflict between the two nations, and Cardi weighed in.

“Naaaaa these memes are f---in [emojis] but s--- ain’t no joke ! Specially being from New York,” she wrote.

The star went on to directly criticize Trump for his part in making the U.S. a potential target for Iran following the death of Soleimani.

Cardi B said she's trying to get her Nigerian citizenship in the wake of increased tensions between Iran and the U.S. (RB/Bauer-Griffin/GC Images)

Although it’s hard to tell if the singer is serious about fleeing the U.S. for fear of an attack by Iran, a Nigerian government official responded to the tweet, noting that she is welcome in the country.

“As one in charge of the Diaspora for Ngr, We can’t wait to receive you again. Our doors are open, sister,” wrote Abike Dabiri-Erewa, chair of the Nigerians In Diaspora Commission and a former member of the Nigeria Federal House of Representatives. “And you need to talk a walk through the Door of Return in Badagry. It’s an indescribable experience.”

The artist’s criticism of Trump comes amid her continued support of 2020 Democratic presidential candidate Sen. Bernie Sanders, I-Vt. In addition to having a face-to-face interview with Sanders about issues like wages, she’s tweeted her support for the 78-year-old in the past.

“I been reading about Bernie Sanders and I’m really sad how we let him down in 2016 This man been fighting for equal rights,HUMAN rights for such along time,” Cardi wrote in July. “Seeing this country become a better place been really his passion for a long time not a new front for a campaign.”