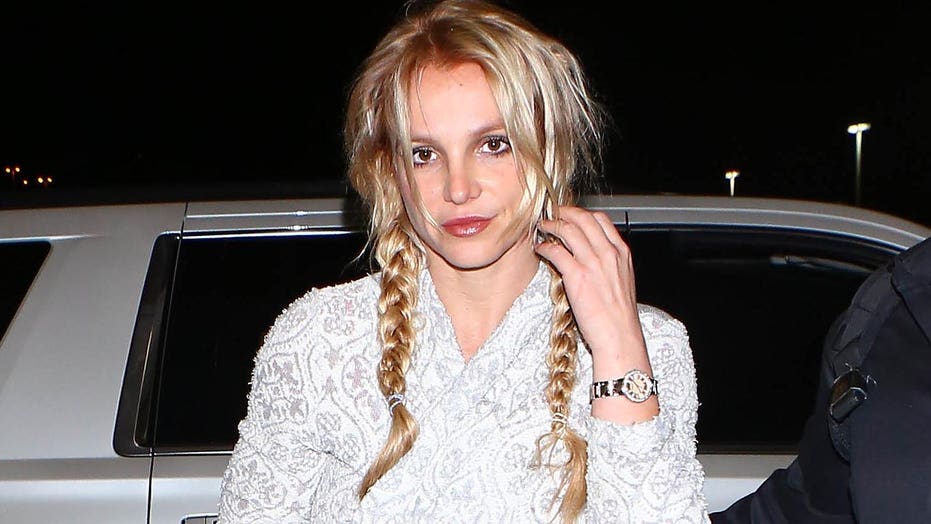 It's been more than 10 years since Britney Spears infamously shaved her head, and now a new documentary aims to provide context about why the pop star made that decision in 2007.

"Britney Spears: Breaking Point" -- which aired on Channel 5 in the U.K. -- a number of eyewitnesses recount the day Spears visited the Los Angeles-area salon where she decided to give herself a buzz cut.

Hairdresser Esther Tongnozzi recalled the swarm of paparazzi photographers who were hot on the pop princess’s heels.

"I thought they were going to kill each other," Tognozzi recalled, according to Entertainment Tonight. "They were trying to pile up on top of each other to get a picture and the one bodyguard was actually covering the front door with a cape.

"And then the minute they heard her going out the side door, I mean, if you've seen my shop, I have gates on both sides, they were climbing the gates trying to get the first picture of her. I felt someone was going to get hurt, for sure, it was crazy."

Tognozzi remembered stepping away from her hairdressing station to take a phone call from her brother, leaving Spears alone for just a few minutes. When Tognozzi returned, she saw that the “Toxic” singer had “grabbed a buzzer and she was testing to see how it was going to feel or look to buzz her hair.”

The stylist explained that she made a concerted effort to dissuade Spears.

“I said, 'You don’t want to do that, tomorrow is a different day, you’ll feel differently tomorrow, let’s talk about it,'" Tognozzi explained. "My phone rang again so, as I’m answering my phone, I realize she went into that other room, sat in that chair and buzzed half her hair off."

Tognozzi said she remembered that Spears immediately felt the aftershock of what she had done and that Spears’ mood changed.

"I tried to get her out of whatever mode she was in because obviously she was convinced to do this that night. I couldn’t convince her,” Tognozzi said. “I thought we could do a comb-over maybe to fix it. What I said to her was, 'Do you realize what all the young teenagers are going to want to do tomorrow – shave their hair off to look like you?' She didn’t care."

The hairstylist claimed Spears told her: “My mom’s gonna be pissed."

However, Tognozzi wasn’t the only person taken aback by Spears’ decision. Tattoo artist Emily Wynne-Hughes met with the “Womanizer” songstress moments after the incident and asked Spears why she shaved her head.

"I wasn’t sure what was happening, if there was a riot outside, and then the flashes came. The door opened slowly and a hooded figure walked in the door," Wynne-Hughes said of Spears arriving at the Sherman Oaks tattoo shop where she worked.

Both Tognozzi and Wynne-Hughes allege in the documentary that Spears' security detail was laxer with the photographers than normal and they weren’t exactly careful about shielding Spears from the myriad of paparazzi flashes.

"It just didn't seem like they cared very much. I felt this insane sense of anxiety and energy that felt so negative," Wynne-Hughes said. "It just seemed like everybody was waiting for the crash to happen."

Tognozzi echoed the sentiment, adding that she found it odd that a member of Spears’ security allegedly opened the blinds from time to time.

"She had two bodyguards, supposedly keeping an eye out to make sure the paparazzi were not getting any pictures and one of them kept opening the blinds," Tognozzi claimed.

The year proved to be rocky for the Grammy winner. She had divorced her husband and father of her two sons, Kevin Federline, mourned the death of her Aunt Sandra Bridges Covington and admitted herself to various treatment centers, reported Entertainment Tonight.