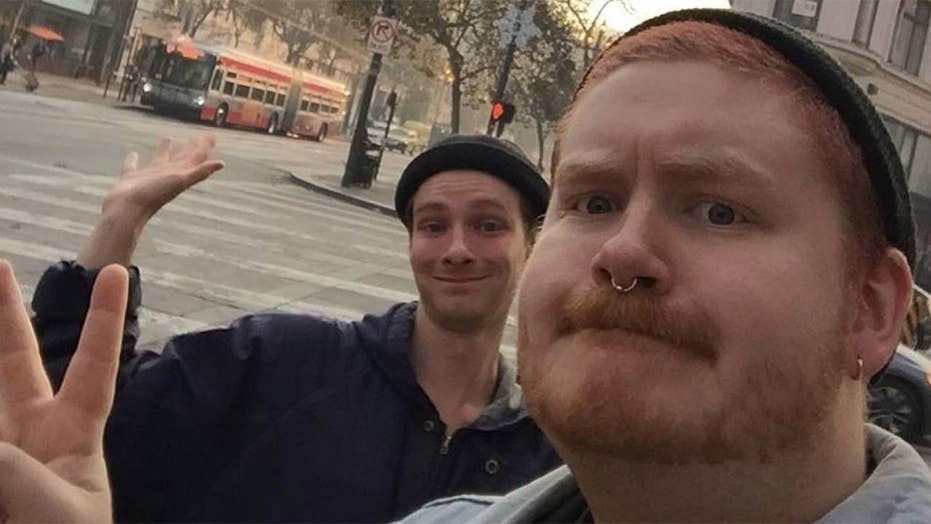 Report: Stephen Fitzpatrick and Audun Laading of the British band Her’s died in a car crash

Stephen Fitzpatrick and Audun Laading of the British band Her’s died in a car crash on Wednesday, March 27, 2019, according to their record label.

Both members of the British indie band Her’s were killed Wednesday in a car crash in Arizona, a record label stated.

Stephen Fitzpatrick, 24, Audun Laading, 25, and their manager, Trevor Engelbrektson, died in a collision while they were driving to a show in Santa Ana, Calif., Heist or Hit Records said in a statement.

A pickup truck and the band's van collided head-on about 75 miles west of Phoenix, Ariz., killing the truck’s driver and three people in the van, authorities said. Officials did not name the victims. The Arizona Department of Public Safety said they were investigating the accident. The band had performed a show in Phoenix on Tuesday.

DENNIS HOF'S CAUSE OF DEATH REVEALED

The Liverpool-based duo released its debut album, “Invitation to Her’s,” last year. The group was in the U.S. on tour where they were slated to play 19 shows that were all sold out, the record label stated.

“Their energy, vibrancy and talent came to define our label. As humans, they were warm, gentle and hilarious,” the record company said of Her’s.

"We are all heartbroken. Their energy, vibrancy and talent came to define our label,” the statement said.

Tributes poured in for the band that was featured on the BBC Music Introducing platform dubbed by The Guardian as “one to watch.”

“My heart hurts. I wanted to go to one of their shows. Their music helped me through so much. Such a loss of wonderful humans. Rest easy dudes,” a fan tweeted.

“Rest easy to the precious band I’ve ever watched. Can’t believe I was watching them less than a week ago. Hold onto moments in ur life, they don’t last forever,” another fan wrote.

“Rest in peace Stephen and Audun your music will be living on, thank you for the beautiful pieces we call your songs,” a fan tweeted.