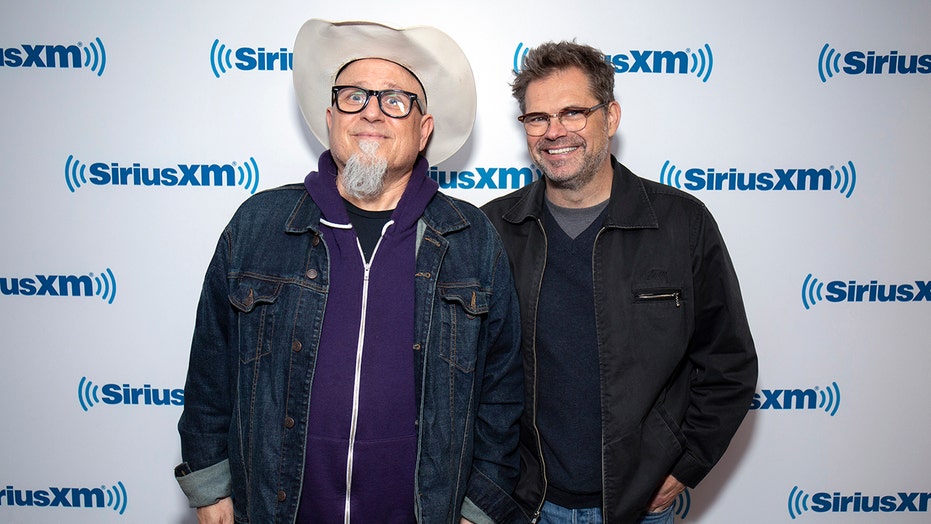 Standup comedians Dana Gould and Bobcat Goldthwait were injured in a two-vehicle crash as they were pulling up to a gig at an Atlanta theater on Thursday.

Gould and Goldthwait were taken to Grady Memorial Hospital and treated for minor injuries after the driver of their car did not yield at the intersection of 14th and Mecaslin streets and struck another car outside the Relapse Comedy Theatre, Atlanta Police spokeswoman TaSheena Brown told AJC.com.

The comedians' driver was arrested on a charge of driving on a suspended license and cited for failing to yield. The driver of the other vehicle complained of leg pain but declined medical treatment, Brown said.

Bobcat Goldthwait and Dana Gould, seen here this past May, were hurt in a car crash Thursday. (Santiago Felipe/Getty Images, File)

Gould and Goldthwait were scheduled to do a live taping as part of "The Show with Two Heads" comedy tour, but the venue sent out an email before showtime alerting ticketholders that the event had been canceled and issuing a refund, Fox 5 reported.

The two also were scheduled to do a taping of the show in Athens, Ga., on Friday and Asheville, N.C., on Saturday. It is unclear whether those shows will go on.

Goldthwait is best known for his role as Zed in the "Police Academy" franchise. He also has performed alongside Robin Williams as a standup comic.

Gould is best known as being a writer for "The Simpsons" and his work on "The Ben Stiller Show."