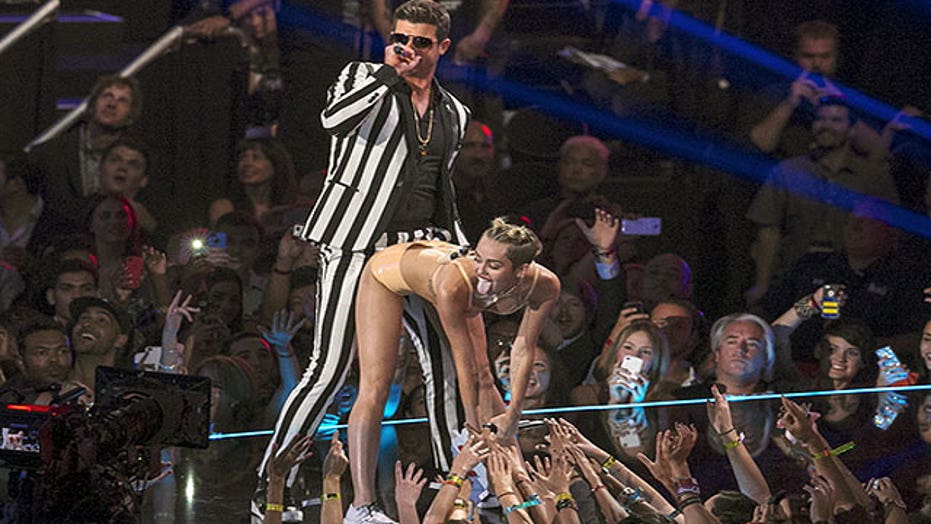 Miley Cyrus’ famous dad said he was talking about Syria, not Miley, when he posted a recent tweet.

The world doesn’t revolve around Miley. Even for her superstar father Billy Ray Cyrus.

The “Achy Breaky Heart” singer tweeted that a post he wrote from his verified account on Sunday night had nothing to do with his 20-year-old daughter’s controversial gyrating at the MTV Video Music Awards.

He was referring to the ongoing conflicts in Syria, he explained.

Billy Ray, who celebrated his 52nd birthday the same day his daughter shocked audiences at the VMAs, tweeted late Sunday about Syria. But because his pop star daughter garnered so much social media attention that night, his tweet was misinterpreted by her fans.

"Thanking God for so many blessings tonight. Continue to pray for world peace. More love ...less hate,” he wrote.

Miley supporters figured he was talking about the critics, who were quick to tear down her racy performance.

But on Monday, Billy Ray clarified that he wasn’t talking about Miley.

"FYI 'Love Not Hate' Late last night I was watching devastating news out of Syria. Chemical weapons used on innocent children is unacceptable!” he tweeted.

According to People magazine, Billy Ray Cyrus is an advisory board member for the Parents Television Council, a group that has strongly criticized Miley’s MTV antics.

His rep told FOX411 the country crooner had no comment on his daughter’s controversial performance.