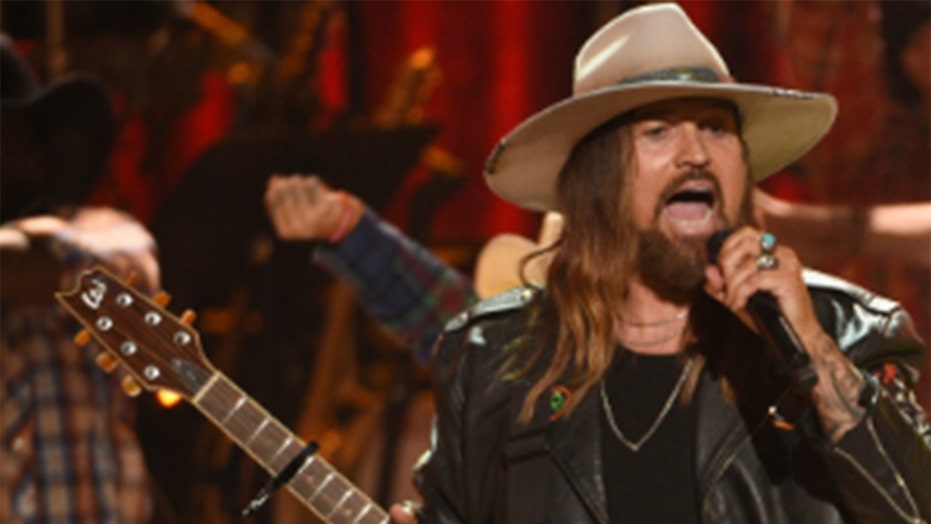 The country singer spoke to Fox News this week to reflect on his phenomenal 2019 — "Old Town Road" spent 19 weeks at No. 1 on the Billboard Hot 100 — and an exciting start to 2020 by getting the chance to perform the song in a Super Bowl LIV ad.

Cyrus and his guitar join forces with Lil Nas X and legendary actor Sam Elliot for a Doritos commercial airing during the big game -- a collaboration he called a "match made in heaven."

Billy Ray Cyrus told Fox News he only wants to take on projects that are "fun." (Goodby Silverstein & Partners)

"Teaming up with Sam Elliot, Lil Nas X and Old Town road was just kind of a natural fit, to be honest," the "Achy Breaky Heart" singer told Fox News. "Early on in the stages of Old Town Road when everything just started hitting, me and Lil Nas X made a pact: only do things that are cool. It sure don't get no cooler than Sam Elliot and you don't get no cooler than the Super Bowl."

In the 60-second ad, Cyrus strums his guitar and sings the award-winning song as Lil Nas X and Elliot put on a showstopping dance battle over a bag of Doritos Cool Ranch. The country crooner said it was just another opportunity for him to continue on this "whole new" chapter of enjoying his days.

SUPER BOWL LIV COMMERCIALS: 5 OF THE FUNNIEST ADS RELEASED BEFORE THE BIG GAME

"Filming with those two was one of the coolest days of my life. We're just having fun and keeping it real," Miley Cyrus' father said. "If it ain't fun, I don't do it."

Cyrus' new life motto comes at a time when he's joined Hollywood in honoring Kobe Bryant. He told Fox the late NBA legend, his daughter, Gianna, and the seven other passengers who lost their lives in a helicopter crash on Sunday were at the forefront of his mind during the Grammy Awards ceremony that same day at the Staples Center in Los Angeles, Calif.

"There was no ignoring the enormous pain," Cyrus explained, adding that he and daughter, Noah, were both in tears. "I couldn't pretend. I dedicated my two Grammys that I ever held to Kobe, his daughter and to all the victims."

The famous father added that Bryant has left a profound impact, not just on Hollywood stars honoring the beloved athlete, but worldwide.

"He was such a great light in the world and has left a legacy of love and positivity that will shine forever," Cyrus said.

Super Bowl LIV will air on Fox on Sunday at 6:30 p.m. at the Hard Rock Stadium in Miami Gardens, Fla. Check out Cyrus' commercial in honor of the revamped Doritos Cool Ranch during the third quarter.