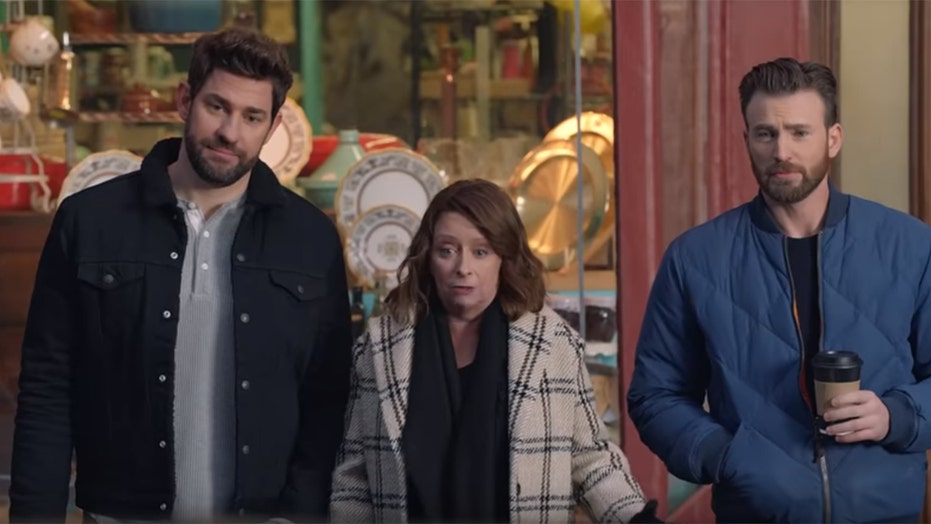 With a new Super Bowl comes a slew of new and hilarious commercials vying for viewers' attention.

As fans prepare for the big game between the Chiefs and the 49ers, brands such as Michelob Ultra, Mountain Dew and more have already played their hand and showcased some ads that they plan to run during Sunday’s game.

In years past, commercials like Wendy’s popular “Where’s the Beef?” ad or Budweiser’s infamous “Wassup?!” spot have captured the public’s attention and gone down in history as some of the most iconic ads of all time.

To help prepare for Super Bowl LIV, below is a rundown of the funniest commercials to be released ahead of the game:

The spot shows Evans and Dratch watching people try to fit into a tight parking space before Krasinski pulls up and lets the smart park feature auto “pahk the car.” The commercial also gets some last-minute star power from Red Sox player David Ortiz.

Cheetos MC Hammer, "Where It All Began"

Although it’s just a brief commercial, it’s brevity is the source of its wit.

The Cheetos commercial features a young MC Hammer humming a familiar tune. The time and location are established as Oakland, Calif. In 1989, as the star tries to come up with lyrics while munching on Cheetos. When he goes to play a note on the piano, he realizes he’s fallen victim to the snack food’s infamous cheesy fingers.

“Wait, I can’t touch this,” he says before gasping at his own revelation.

The commercial’s title, “Where It All Began,” jokingly implies that this was the inception of his breakout hit song “Can’t Touch This.”

This video for Amazon’s smart home assistant, Alexa, sees comedian Ellen DeGeneres and her wife, actress Portia de Rossi, using the product to turn down their thermostat as they prepare to leave the house.

“What do you think people did before Alexa?” DeGeneres muses.

With that, the commercial moves throughout history as people request actual human beings to do some of Alexa’s functions, with less-than-stellar results.

"Jimmy Works It Out"

Michelob Ultra enlists the help of John Cena and Jimmy Fallon for an ad about keeping things light while exercising. The notoriously fit Cena is leading the talk show host in a workout, but it’s not going well. Over a beer, Cena explains that Fallon just needs to see “the lighter side of things.”

With that, Jimmy undergoes a montage of workouts wherein Cena has found a way to make them all more fun. For example, the duo competes in a beach volleyball game with the assistance of trampolines. In another moment, Fallon plays golf by trying to hit a ball at a moving bull's-eye on a golf cart driven by the former WWE star.

The commercial concludes with a cadre of remote-controlled tackle dummies of Cena trying their best to bring down Fallon on the field.

A "Shining" Parody from Mountain Dew

This commercial seeks to blend horror and comedy together, therefore it enlisted the help of “Breaking Bad” and “Malcolm in the Middle” star Bryan Cranston to do a spot-on parody of “The Shining.”

Mountain Dew tapped Cranston to play his version of Jack Nicholson’s Jack Torrance from the famed Stephen King adaptation. Specifically, the scene in which Jack chases his wife with an ax and chops through a door.

Instead of the maniacal “here’s Johnny!” line made famous in the movie, Cranston simply sings the praises of Mountain Dew Zero in his ominous and off-putting tone.

Behind the door playing the Wendy Torrance's role is “Black-ish” star Tracee Ellis Ross, who can’t help but admit she’s thirsty despite the horror.