A group of conservative street artists hijacked a billboard in Hollywood on Friday morning and took aim at CNN, which so happened to be across the street.

Known as The Faction, their latest project slammed CNN and its president Jeff Zucker for its coverage of this week’s summit in Hanoi, Vietnam between President Donald Trump and North Korean Dictator Kim Jong Un.

The billboard, which referred to CNN as “Communist News Network,” dawned the phrase “Keep Korea divided” with an asterisk that read “because OrangeManBad.” It also featured an image of Jeff Zucker, whose title was “CEO, CNNPC,” a reference to the “non-playable character” meme which has depicted liberals as robotic.

“When Trump speaks glowingly of Kim Jong Un it's a tactic,” an anonymous member of The Faction told The Hollywood Reporter. “Zucker and his journo-activists know this, but are more than willing to try to torpedo the summit — the future of the long-suffering North and South Korean people be damned.”

The anti-CNN sign lasted roughly seven hours before it was taken down and an advertisement for a marijuana dispensary was properly restored. 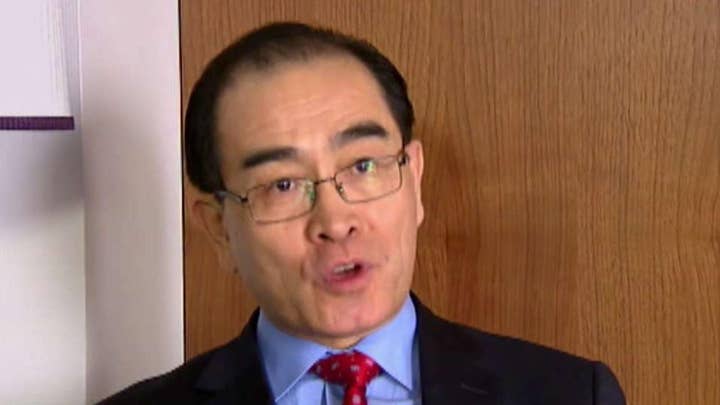 The second summit between Trump and Kim ended earlier than expected as the two leaders couldn’t agree on the terms of an agreement.

CNN dedicated virtually no coverage to the summit on Wednesday as they kept focus on the fiery congressional testimony of former Trump attorney Michael Cohen.