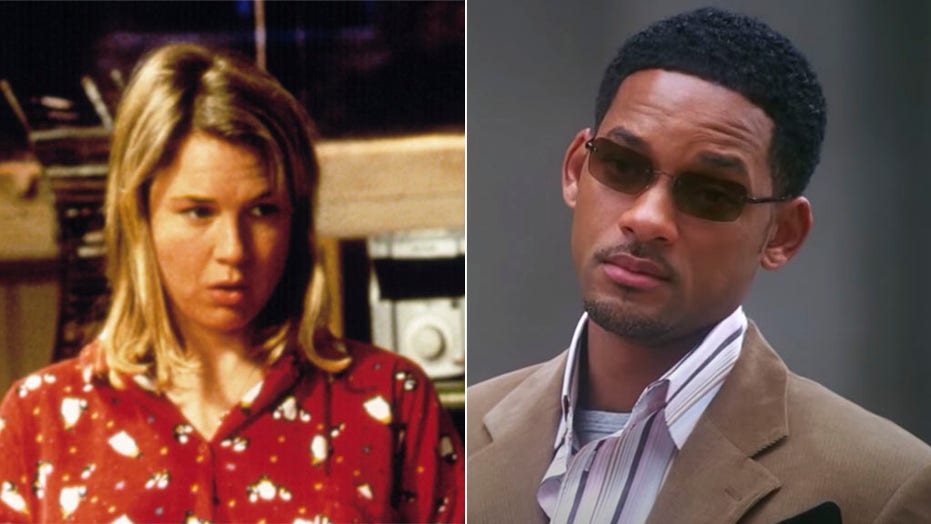 If you're looking for a love story mixed with a whole lot of laughter, Hulu has got you covered with its selection of best romantic comedies.

The streaming platform -- which is offering new users a 30-day free trial -- has thousands of movies at your fingertips. They include classics such as "Hitch" and "Bridget Jones's Diary," to more modern flicks like Amy Schumer's "I Feel Pretty."

Check out some of the most entertaining options below:

Will Smith and Eva Mendes attend the Paris photocall for the movie 'Hitch.' (Stephane Cardinale/Corbis via Getty Images)

As a dating coach tries to help a nervous client win over a woman he loves, the matchmaker's own love life faces a series of obstacles for the first time and he isn't prepared.

THE BEST ACTION MOVIES TO STREAM ON HULU

For her New Year's resolution, a British woman starts writing in a diary about all the things she wishes to improve in her life — from dating to weight loss.

Kate Hudson and Matthew McConaughey attend the premiere of the movie 'How to Lose a Guy in 10 Days' at the Ziegfeld Theatre on February 2, 2003 in New York City.  (Arnaldo Magnani/Getty Images)

A columnist is tasked with writing a piece about how to get a man to leave you in 10 days while a marketing executive bets his friends that he can make a woman fall in love with him in the same amount of time. They meet and both their plans backfire.

WHAT'S COMING TO AND LEAVING HULU IN MAY 2020

Freddie Prinze, Jr. and Monica Potter on the set of the film 'Head Over Heels' on August 25, 1999 in New York City.  (Ron Galella, Ltd./Ron Galella Collection via Getty Images)

An art restorer develops a crush on her neighbor after spying on him, but then she thinks she witnesses him committing a crime. However, the truth is a little more complicated than she expected.

Luke Mably and Julia Stiles arrive at the premiere of 'The Prince and Me' at the Chinese Theater on March 28, 2004, in Los Angeles, Calif.  (Kevin Winter/Getty Images)

A college student unknowingly falls for an undercover prince. Can she survive in his royal world?

THE BEST DRAMAS TO STREAM ON HULU RIGHT NOW

Amy Schumer and Rory Scovel in her film 'I Feel Pretty.' (AP, File)

An insecure woman's attitude about herself changes when she hits her head during a spin class. Now, she sees herself as the most beautiful woman in the world but her appearance never changed.

A screenwriter meets and falls for a woman who's already engaged. Can they just be friends?