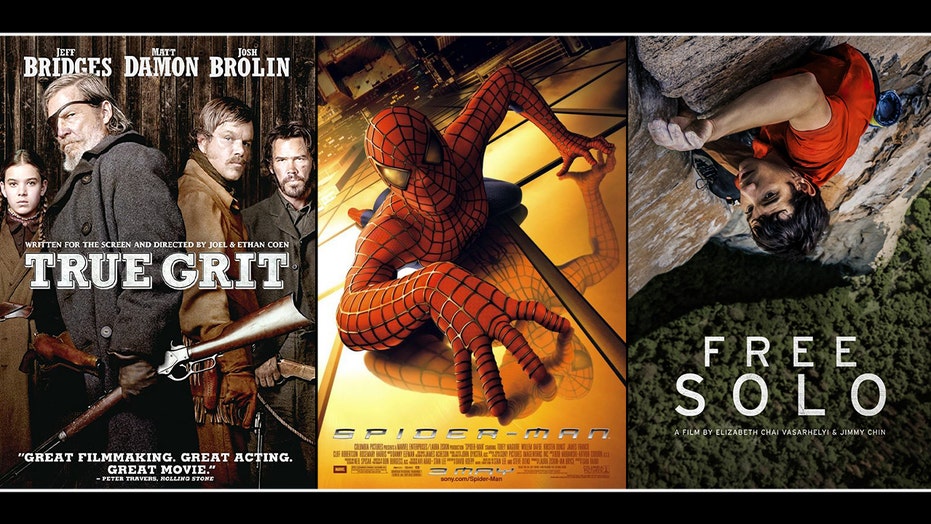 Looking to hunker down for the night? What better way than by watching some of the best movies of all time on Hulu?

The streaming giant -- which is offering new users a 30-day free trial -- has thousands of movies at your disposal. They include everything from horror like "A Quiet Place" to family movies like "Free Willy" to Academy Award winners such as "Good Will Hunting" and "Parasite."

Check out ten of the best options below:

The movie that swept the 2019 Academy Awards. Directed by Bong Joon-ho, this Korean thriller follows two families as their lives intersect in a dangerous and disturbing way.

The movie poster from the 2002 movie.  (Columbia Pictures/Marvel )

"With great power comes great responsibility" -- a superhero film based on the Marvel Comics character.

A family lives in silence after dangerous creatures invade the world and hunt by sound.

The movie poster from the 2010 movie.  (Paramount Pictures )

After her father is killed, a teenage farm girl teams up with a rough lawman to avenge his death.

Beanie Feldstein (L) and Kaitlyn Dever (R) in a scene from the film 'Booksmart,' directed by Olivia Wilde. (Francois Duhamel/Annapurna Pictures via AP)

Best friends Amy and Molly have spent all of high school studying to get into college. Now that it's the end of year, they want to fit in four years of missed parties into one outrageous night.

A young janitor at MIT has a genius-level IQ but struggles to be accepted and get over childhood trauma. Affleck and Damon won an Oscar for best original screenplay and Williams won for best supporting actor.

The latest installment in the "MI" franchise -- Ethan Hunt and the IMF team must team up with the CIA to stop a group of terrorists known as the Apostles from causing mass destruction around the world.

A young boy befriends an orca whale being held in captivity at a local theme park.

Margot Robbie as Tonya Harding in "I, Tonya." (Neon )

The story of notorious figure skater Tonya Harding and how she was allegedly involved in a conspiracy to injure teammate Nancy Kerrigan.