Donald Trump Jr. is subpoenaed by the Senate Intelligence Committee

Sen. Richard Blumenthal threatens Donald Trump Jr. with jail time if he does not comply with the subpoena.

"The View" host Joy Behar has seemingly taken a deeply personal shot at President Trump, suggesting that he didn't act like a "real father" toward his son Donald Trump Jr.

"Yesterday, Trump held a press conference about 'whatever' and he talked about his son Don Jr. getting subpoenaed by a Republican-led Senate Intelligence Committee," Behar said, teeing up a clip from Trump.

"And he actually sounds like he cares about someone other than himself in this clip," she added.

Trump defended his son, saying that he was a "good person" and "totally exonerated" by Special Counsel Robert Mueller.

CHER SLAMS DONALD TRUMP JR., IVANKA TRUMP AS 'NOT WORTH A DAMN' IN FIERY TWEET

"The View" host Joy Behar has seemingly taken a deeply personal shot at President Trump, suggesting that he didn't act like a "real father" towards his son Donald Trump Jr.

"My son testified for hours and hours. My son was totally exonerated by Mueller," Trump said. Behar followed the clip by mocking Trump for acting like he were a real father.

"'My son, my son,' he kept saying; like as if he's a real father," she commented. "It was so touching," Behar added sarcastically before the co-hosts discussed Trump Jr.'s subpoena as part of the Russia investigation.

It's unclear whether Trump Jr. will comply with a subpoena but Senate Majority Leader Mitch McConnell, R-Ky., has already indicated he and his father didn't have anything to worry about it.

Guest host Tara Setmayer also took a few shots at Trump Jr., suggesting that his father was "stuck" with him and that, according to Mueller, he was "too stupid to be able to conspire with the Russians." 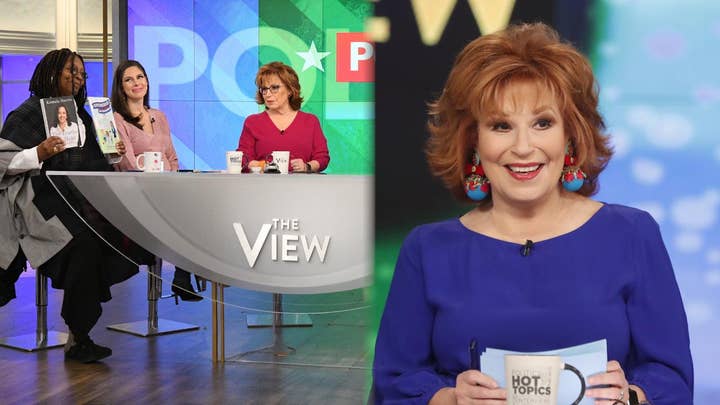 She also seemed to deride the idea that Trump Jr. didn't tell his father about the infamous meeting at Trump Tower with a Russian attorney during the 2016 election cycle.

"The Russians were very involved, the Trump campaign was willing to take that stolen information," she said, summarizing Mueller's findings. "And Don Jr., Mr. 'I love it' when he found out emails that they might have Hillary Clinton dirt, all of this brings into question: How much did Donald Trump know?"

She continued by suggesting Trump Jr. was child-like in his attachment to his father. "Does anyone really believe that Don Jr., who can't go to the bathroom without telling his dad, [that he] didn't tell his father?"