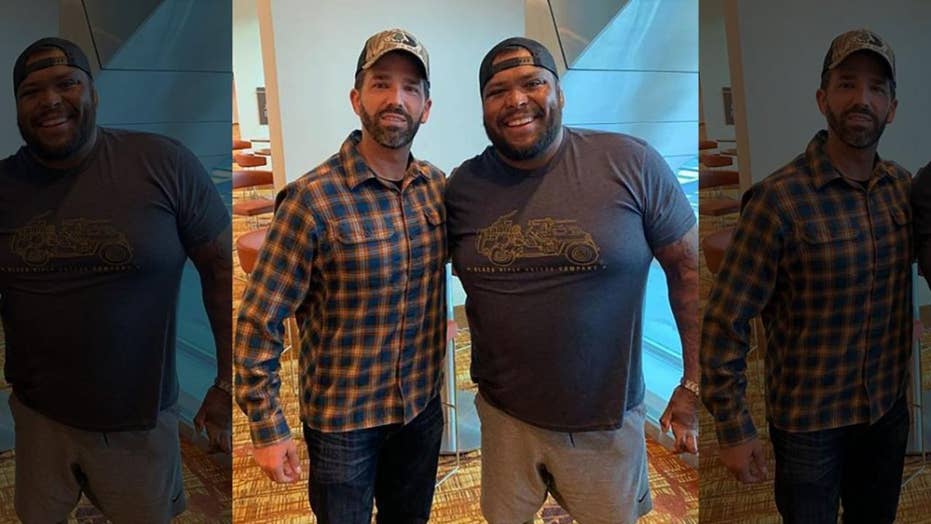 Donald Trump Jr. slams Instagram after a photo of him with a U.S. Army veteran was reportedly deleted

Donald Trump Jr. slams Instagram after a photo of him with a wounded U.S. Army veteran was reportedly deleted from the platform.

Donald Trump Jr. accused the “social media gods” at Instagram of bias and censorship Tuesday after a photo of him smiling alongside a wounded U.S. Army veteran was reportedly deleted from the platform.

The president’s eldest son posed with retired Army Sgt. Omar "Crispy" Avila at an NRA convention in Indianapolis last week. The veteran from Texas claimed that Instagram took down the photo from his account.

TRUMP JR. CALLS MAINSTREAM MEDIA 'A BLIGHT ON OUR REPUBLIC'

“I honestly don’t know why this picture was taken down by Instagram,” Avila wrote Monday on a repost of the image. “Not sure what guidelines it violates But here we go again… Thank you @donaldjtrumpjr for always taking the time out your busy schedule to say hello to chat.”

Trump Jr. posted the photo to his official Instagram account on Tuesday with some harsh words for the Facebook-owned app.

“INSTAGRAM IS AT IT AGAIN WITH THEIR BIAS DELETING POSTS,” Trump Jr. wrote Tuesday. “There was nothing harsh or political in there and as usual it magically somehow ‘violated @Instagram standards,’ presumably because I’m in it.”

“If @instagram can censor this great American hero for simply posting a picture with me, who won’t they censor? The bias has to stop. It’s gone too far,” Trump Jr. added on Twitter.

Trump Jr. concluded his Instagram post by praising the “severely wounded” Avila for his positive use of Instagram to spread messages of support for other wounded veterans.

“His adventures often documented right here are amazing,” he wrote. “I’ve never once seen anything but an incredible attitude towards life despite the obvious.”