"View" host Joy Behar suggested on Wednesday that Alabama lawmakers should be forced to undergo vasectomies after voting for what's being described as the most restrictive abortion ban in the nation.

Behar seemed displeased that the lawmakers were all white men. "Can we look at a picture of the panel of men who did this?" she asked before displaying a graphic with the men who voted for the measure.

"Maybe we should make it a law that they should all be required to get a vasectomy -- that group in particular," she said. "That would solve the problem."

In light of heartbeat legislation in Georgia, actress Alyssa Milano similarly seemed to try and punish men by promoting a sex strike.

Co-host Sunny Hostin said she suspected that not only would that law reach the Supreme Court, roughly 20 states would outlaw abortion or "severely" restrict it by the end of 2019.

"View" host Joy Behar suggested on Wednesday that Alabama lawmakers should be forced to undergo vasectomies after voting for what's being described as the most restrictive abortion ban in the nation.

She was referring to a decision weakening -- or overturning -- Roe v. Wade, the landmark ruling that prevented states from blocking abortion at certain stages of the pregnancy.

ALYSSA MILANO SAYS SHE IS 'PRO-LIFE,' THEN DEFENDS ABORTIONS FOR WOMEN IN CERTAIN 'CIRCUMSTANCES' 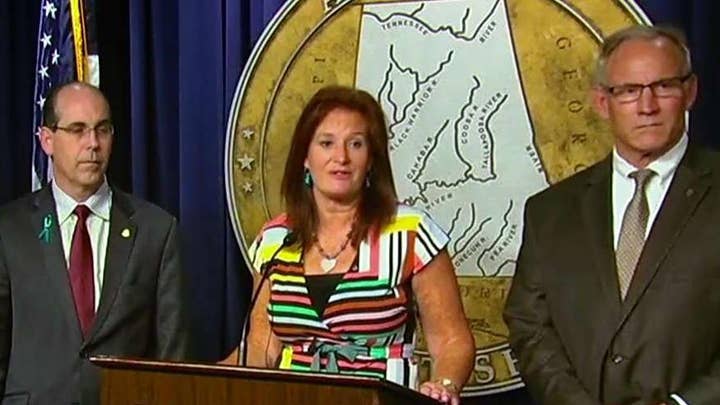 "This bill is about challenging Roe v. Wade and protecting the lives of the unborn, because an unborn baby is a person who deserves love and protection," Republican state Rep. Terry Collins said.

The Court, under a conservative majority, seemed poise to make a big decision on abortion, although Justice Brett Kavanaugh has been perceived as a "minimalist" -- someone who favored incremental changes to the law rather than broad, sweeping decisions like one that would do away with Roe.

Hostin said that given the Court's conservative majority, it was possible -- for the first time since 1973 -- that the Court could fully overturn that decision.