Legendary crooner and actress Barbra Streisand slammed President Trump and said it was “a dangerous time in this nation.”

Streisand, 76, shared her political views during an interview with The Guardian about her upcoming album, “Walls,” and what she says was on her mind when she created it —Trump.

“This is what’s on my mind,” she said. “This is a dangerous time in this nation, this republic: a man who is corrupt and indecent and is assaulting our institutions. It’s really, really frightening. And I just pray that people who are compassionate and respect the truth will come out and vote.”

JAMES BROLIN GETS CANDID ON HIS LASTING MARRIAGE TO BARBRA STREISAND, SURVIVING HOLLYWOOD

The “Funny Girl” star called on people to vote in the midterm elections.

“I’m saying more than just vote. Vote for Democrats! Vote for what they want their country to look like and feel like and be like,” she said. “And treat each other with kindness and respect — I have friends who are Republicans and we have dinner and agree to disagree.”

When asked if her Republican friends were Trump supporters, Streisand said they didn’t like the commander in chief but "other aspects of being a Republican." 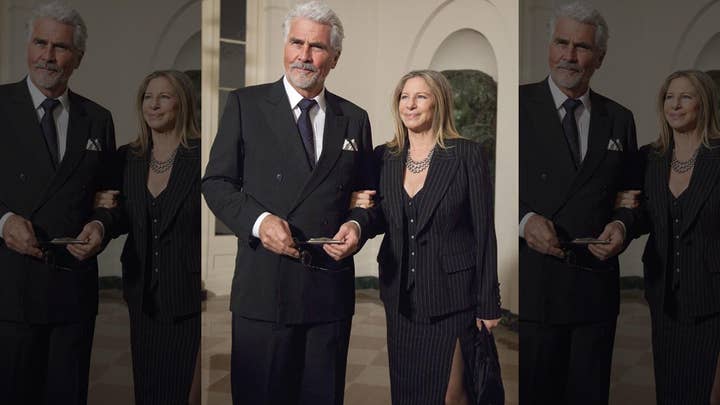 A couple of weeks ago, she said, former Republican presidential candidate Bob Dole called her to compliment her on her music.

“He wanted to tell me how much he enjoyed my music and it was just so sweet of him, he’s 95 years old," she recalled. "And we talked about Trump! I don’t want to put words into his mouth, but we talked about when people are fair and open-minded, they can walk across the aisle,” the singer said.

Streisand said she wished Trump was “a gracious president who had compassion” who could take criticism.

Despite criticizing Trump throughout the interview, the singer did compliment his marketing skills before calling him a con man.

“He knows how to sell; he’s a con man. That’s what he’s good at. But he doesn’t think he needs anyone’s help, he thinks he can go it alone,” she said.

Streisand’s new album, “Walls,” is slated to be released on Nov. 2.