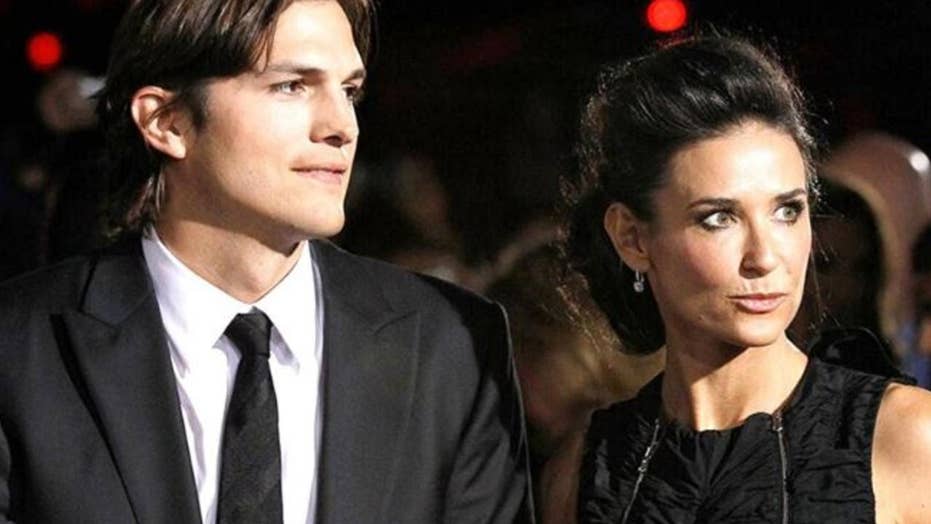 Ashton Kutcher posted cryptic tweets after Demi Moore accused him in her new book of shaming her alcoholism and cheating on her during their marriage.

"I was about to push the button on a really snarky tweet. Then I saw my son, daughter, and wife and I deleted it," Kutcher, 41, tweeted on Tuesday night.

He followed with, "Life is good -Larry Kutcher." An hour later, he posted his phone number, writing, "For the truth, text me." A follower who claimed to have texted the number alleged that it was a data grab.

Moore, 56, accused Kutcher of infidelity during their relationship, which she says was sparked by them having threesomes with other women.

"He expressed something that was of a fantasy and it was in my efforts to want to please and be what I thought he wanted," she said.

According to The New York Times, Moore writes in her forthcoming memoir “Inside Out” that she blamed herself for miscarrying her and Kutcher's child at six months. Moore also reveals that she began abusing Vicodin and alcohol to cope, which ultimately spelled doom for the relationship.

The actress previously said she spoke with Kutcher, who's now married to and shares two kids with Mila Kunis, about the claims in her book.