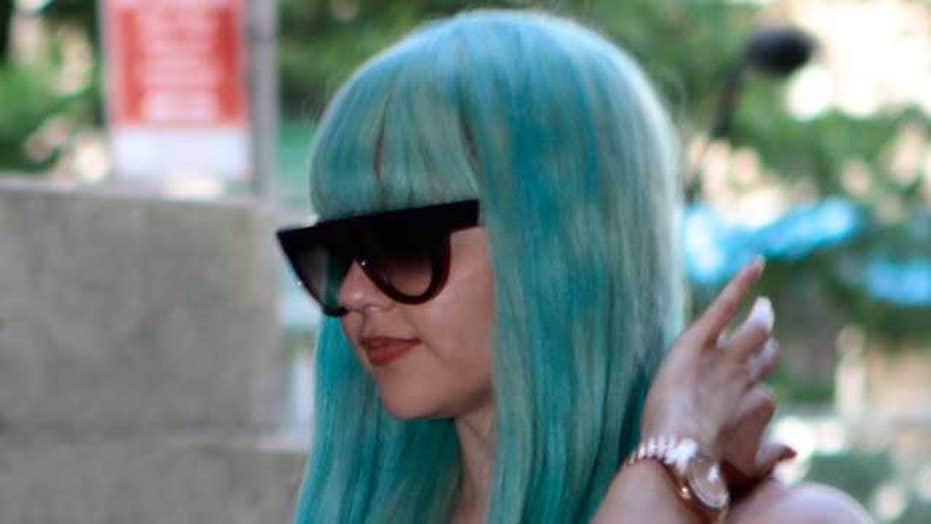 Inside the mind of Amanda Bynes

Dr. Keith Ablow on how being a child star can impact the rest of your life

Former child star Amanda Bynes is reportedly getting ready for her close-up again.

Us Weekly reported Sunday the actress is looking to make “a triumphant return” to Hollywood after being plagued with a troubled past.

A rep for the 31-year-old did not immediately respond to Fox News’ request for comment.

“Amanda is going to be graduating from fashion school this summer,” a source told the magazine. “She is doing so well and is very excited about the next chapter of her professional life.”

Bynes tweeted a photo Saturday where she looked happy and healthy alongside friends over dinner.

The Nickelodeon star, who has kept a low profile in recent years, hasn’t acted in a film since 2010’s “Easy A.”

Bynes’ career came to a screeching halt after two hit-and-runs and a DUI in 2012, followed by a 2013 arrest for throwing a bong out of a window of her 36th-floor apartment in New York City.

Us Weekly added Bynes was then placed in a treatment facility under an involuntary psychiatric hold in 2014. Her mother was granted temporary conservatorship over her celebrity daughter.

However, things have been looking up for the “All That” alum. In 2015, she returned to Los Angeles’ Fashion Insitute of Design & Merchandising where she majored in product development.

“I’ve been really busy at FIDM, and I just finished my midterms,” Bynes tweeted in 2016. “I am really loving school and I feel that I am learning a lot. I enjoy all of my classes and my teachers are excellent. I’m really appreciative of all that FIDM is giving me. I’ve been in school learning about the fashion business so I don’t have time to tweet.”

The source added Bynes “has been focused on school and does want to return to acting” and “there is interest about her return to the small screen.”

The source stressed, “Amanda will make it a reality – 2018 is going to be Amanda’s triumphant return!”