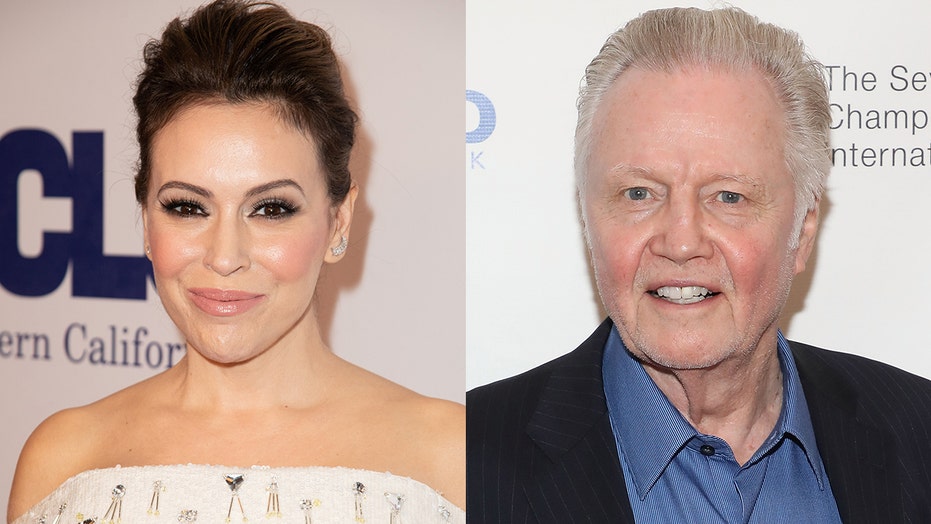 Alyssa Milano took a shot at actor Jon Voight and Republicans after the 80-year-old actor shared videos in which he praised President Trump.

Similar to Milano’s digital activism on the left, Voight is one of the few outspoken conservative actors in Hollywood that uses his social media to promote political causes he believes in. The “Ray Donovan” actor posted a two-part video message where he heralded Trump as the best U.S. president since Abraham Lincoln, which Milano took issue with.

“Now I understand why Republicans like to discredit actors and our political views,” she wrote. “‘Stay in your lane, Jon!’ ‘Has been!’ “F-lister trying to stay relevant!’ ‘Nobody cares what an out of touch actor thinks!’”

The Academy Award winner began his video, in which he addressed all Republicans, by declaring his staunch support for Trump and deriding Democrats.

"I know that you'll agree with me when I say that our president has our utmost respect and our love," Voight said. "This job is not easy for he's battling the left and their absurd words of destruction. ... Our nation has been built on the solid ground from our forefathers and there is a moral code of duty that has been passed on from President Lincoln."

The star credited the administration with making the country, as he sees it, “stronger, safer and with more jobs.”

So far, Voight hasn’t directly responded to Milano’s criticism. The 46-year-old “Charmed” actress has ramped up her political activism in recent months, most notably going after Georgia and Alabama over their “heartbeat” abortion bills.

In addition to calling for filming boycotts and a sex strike, Milano reposted a thread from Twitter that individually called out Alabama lawmakers by name if they voted in favor of the new bill. The new measure makes performing an abortion in the state a felony, punishable by up to 99 years or life in prison unless the mother’s health is at risk, with no exceptions for women impregnated by rape or incest.