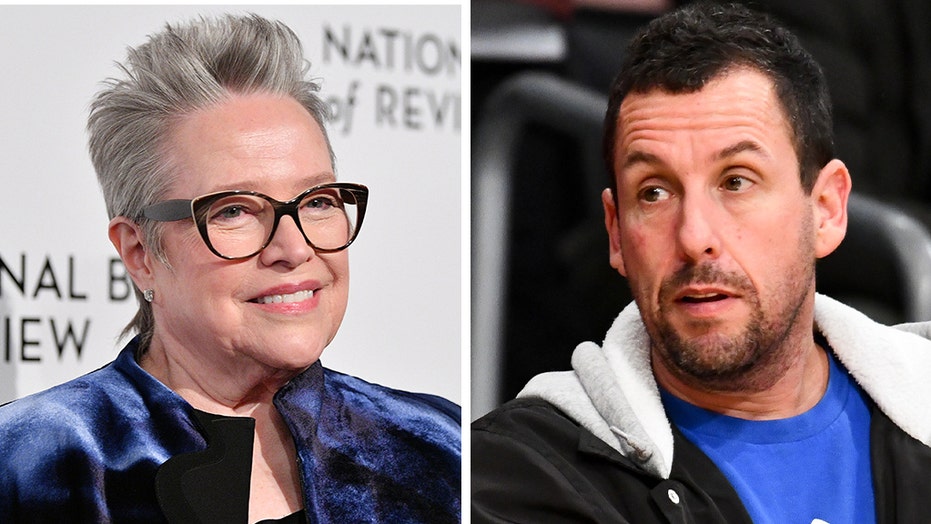 Monday rang in the day with the 2020 Academy Award nomination announcements, and the 53-year-old actor sadly wasn't one of those selected for the best actor category for his performance in “Uncut Gems.”

Fans of Sandler believed this to be the year the funnyman would be recognized. His work in “Uncut Gems” saw the usually loose comedian taking on a much more dramatic role as Howard Ratner, a New York City jeweler who finds himself in a difficult spot after a series of gambles go against him.

Nonetheless, the “Murder Mystery” star saw a silver lining in being looked over and gave props to his former onscreen mother, Kathy Bates.

“Bad news: Sandman gets no love from the Academy. Good news: Sandman can stop wearing suits,” he said in his tweet to the beloved actress. “Congrats to all my friends who got nominated, especially Mama,” pointing to his 1998 football comedy “The Waterboy,” in which he starred alongside Bates.

Meanwhile, Bates, 71, earned her nom for best supporting actress for her role as Richard Jewell’s real-life mother in the Clint Eastwood drama surrounding the events of the Centennial Olympic Park bombing at the 1996 Summer Olympics in Atlanta.

Sandler spoke with reporters at the New York premiere for “Uncut Gems” about the Oscar hype surrounding the flick and deflected any praise on himself toward directing brothers Josh and Benny Safdie.

“I think that’s nice and sweet and I’m happy that people like the movie,” Sandler told reporters Thursday of the reception to his performance (via People magazine). “I try not to jump into that thought process just because that really wasn’t the goal. My goal was these guys wrote a great movie and they’re incredible filmmakers and I just wanted to do as good of a job as I could for them.”

When Sandler was asked about the differences in acting in comedies and trying a different project outside of his usual scope, the actor said his approach was the same and he simply wanted to give it the best chance to succeed.

“I actually kind of consciously thought about how not to do something that I know I’ve done before in the past.”

“When I do my comedies, I work hard at those, they mean a lot to me,” he added. “And when I did this movie, I put the same time in as I always do. I just thought of different things.”