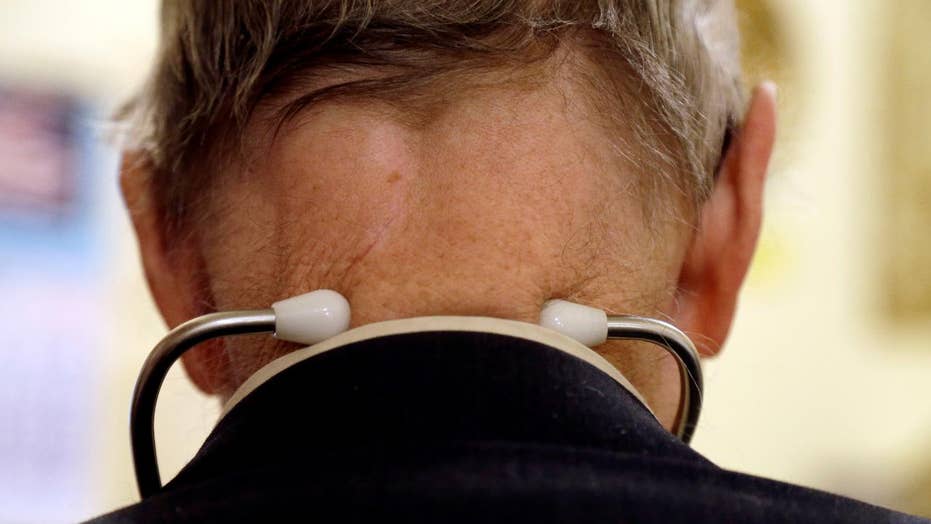 52 percent of voters think expanding Medicare to cover all U.S. citizens is a 'bad idea' according to a new Quinnipiac University national poll. Reaction and analysis on 'Outnumbered.'

"The View" co-hosts derided Sen. Elizabeth Warren's attempt to push "Medicare-for-all" Wednesday, indicating that the policy was the reason for her slide in recent Democratic presidential primary polls.

"This country was founded on choice, right?" co-host Abby Huntsman asserted on Wednesday. "And this, I think, goes totally against what this country is and what it always has been, and you can't take choice away from the American people -- and that's been her problem from the beginning."

Huntsman was referring to how the ambitious health plan would centralize coverage with the government and effectively eliminate private health insurance.

Co-host Joy Behar indicated that Warren's plan was unrealistic politically. "I don't think it's plausible that she's going to make a dent with this plan. I think you have to be practical in this country."

"Her plan was the Green New Deal for health care," co-host Meghan McCain said, referring to the sweeping environmental plan proposed by Rep. Alexandria Ocasio-Cortez, D-N.Y. "It didn't make any logical sense for how anyone's going to pay for it." Co-host Sunny Hostin similarly said that Warren never clearly articulated how she would pay for the plan.

"I think the weakness is that 'Medicare-for-all' because it's just not that popular across the board," Hostin said. "You know, I think many people feel everyone should have health care but if you have health care that you enjoy now, you don't want to give that up, so that's a sticking point for her.

"And also, she never, in my view, really explained how she was going to pay for it."

Their comments came as national Democratic presidential primary polls showed Warren, D-Mass., sinking like a rock -- a development that came amid sustained criticism over the details of her "Medicare-for-all" plan.

A Quinnipiac University poll released Tuesday shows the populist liberal senator’s numbers slashed in half from 28 percent to 14 percent from the month before. After leading the pack in Quinnipiac’s October poll – which was seen as a sign of her surge in the race – Warren’s 14-point drop has her now in third place behind former Vice President Joe Biden and South Bend, Ind., Mayor Pete Buttigieg.

Warren surged in polling earlier in the fall, apparently prompting her competitors to press her on "Medicare-for-all" during October's Democratic debate. Warren has maintained she won't raise taxes on the middle class and proposed a payment plan that relied on taxing the wealthy. In total, her plan would cost around $52 trillion.