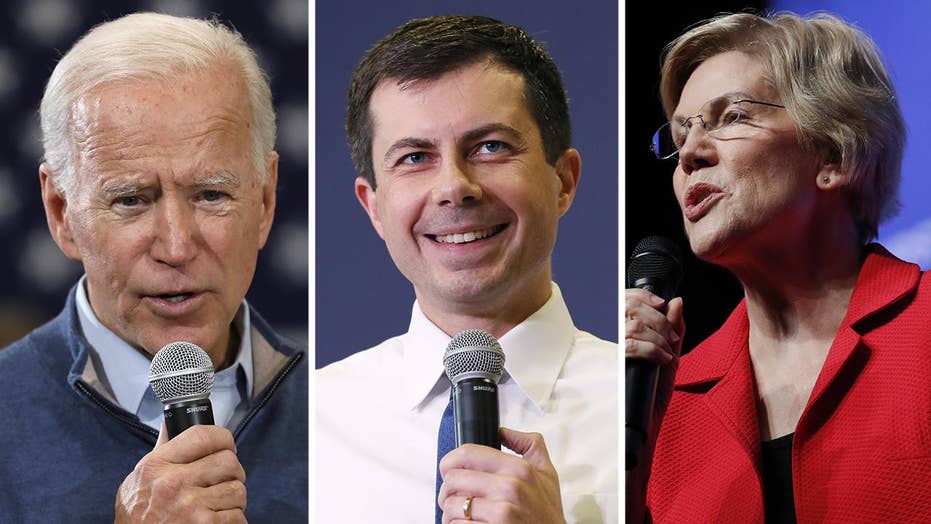 Massachusetts Sen. Elizabeth Warren is sinking like a rock in the latest national Democratic presidential primary polls -- a development that comes amid sustained criticism over the details of her "Medicare-for-all" plan.

A Quinnipiac University poll released Tuesday shows the populist liberal senator’s numbers slashed in half from 28 percent to 14 percent from the month before. After leading the pack in Quinnipiac’s October poll – which was seen as a sign of her surge in the race – Warren’s 14-point drop has her now in third place behind former Vice President Joe Biden and South Bend, Ind., Mayor Pete Buttigieg.

Warren has also seen a drop in support in polls from early voting states, like Iowa and New Hampshire, from October to November, as Buttigieg has risen.

Over the last month, Warren took heat from her center-left rivals and faced skepticism in the media over her "Medicare-for-all" funding plan after claiming the middle class wouldn't be hit with a tax hike, and the wealthy would fund it. 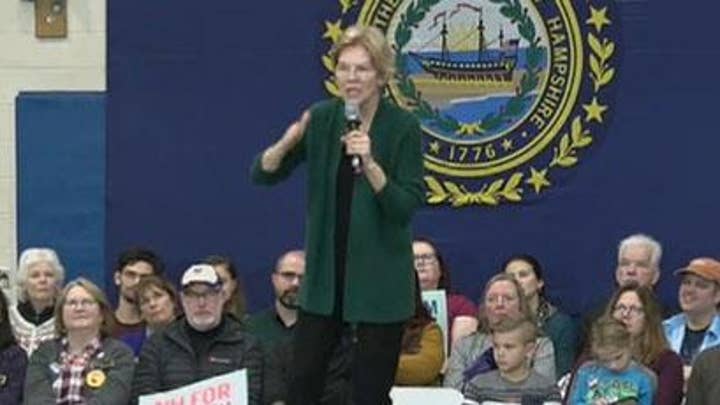 As Fox News first reported, Warren earlier this month outlined a plan costing $52 trillion over the next decade, including $20 trillion in new spending -- covered largely by an array of taxes on corporations, the wealthy and employers in general.

But a recent study released by the bipartisan Committee for a Responsible Federal Budget declared it would be "impossible" to finance any such plan using only taxes on the wealthiest Americans.

The Wall Street Journal editorial board also challenged other calculations, especially her claim that the plan would translate to $20 trillion in additional spending, whereas other estimates for "Medicare-for-all" have put the cost roughly $10 trillion higher.

Sanders, the Democratic socialist running for president, also supports “Medicare-for-all” but unlike Warren has acknowledged the plan would raise taxes on the middle class. Sanders argues it would lower the cost of health care for most Americans.

Warren herself refused to back down on her claims.

“It doesn’t raise taxes on anybody but billionaires,” Warren told reporters in Iowa earlier this month. “And you know what, the billionaires can afford it, and I don’t call them middle class.”