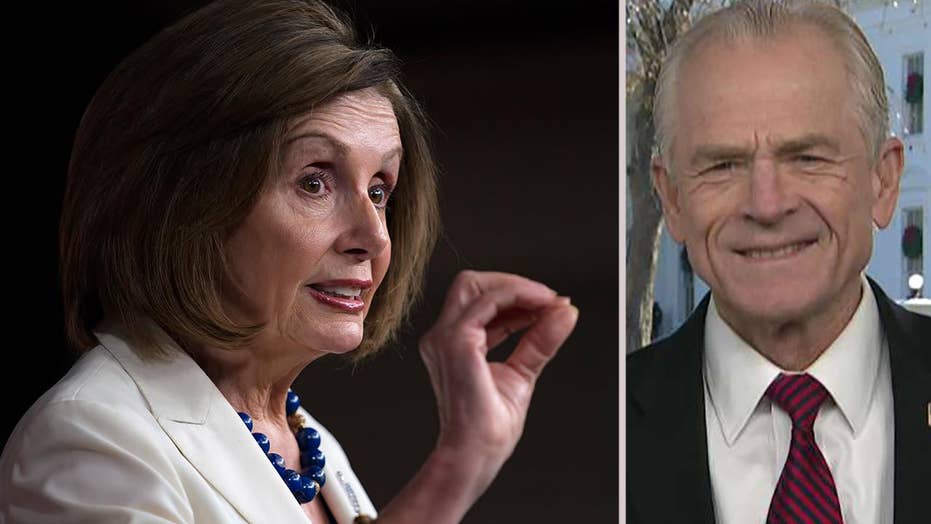 Peter Navarro, an economist and trade adviser for the White House, ridiculed House Democrats' impeachment inquiry Tuesday by likening it to "Seinfeld."

"We've got the Seinfeld impeachment -- it's about nothing," he told Fox News' Sandra Smith on "America's Newsroom." The hit NBC sitcom became known for its comical focus on minor events or details and consequent lack of an overriding story arc.

Navarro indicated that Democrats were keeping the U.S. from a great opportunity because of the distraction of impeachment politics in Congress.

"Here's the thing: You can either spend all your time in Congress investigating or legislating. And so far, the Pelosi-Schiff Congress has just burned days and days and days away," he said.

He was referring to House Speaker Nancy Pelosi, D-Calif., and House Intelligence Chairman Adam Schiff, D-Calif., two of the leading Democrats pushing the inquiry into whether Trump committed impeachable conduct during his July 25 call with Ukraine.

Pelosi said on Monday that her caucus had come "within range" of reaching a satisfactory trade agreement after months of negotiating with the White House.

“Now, we need to see our progress in writing from the [Office of the U.S.] Trade Representative for final review,” she said, according to CNBC.