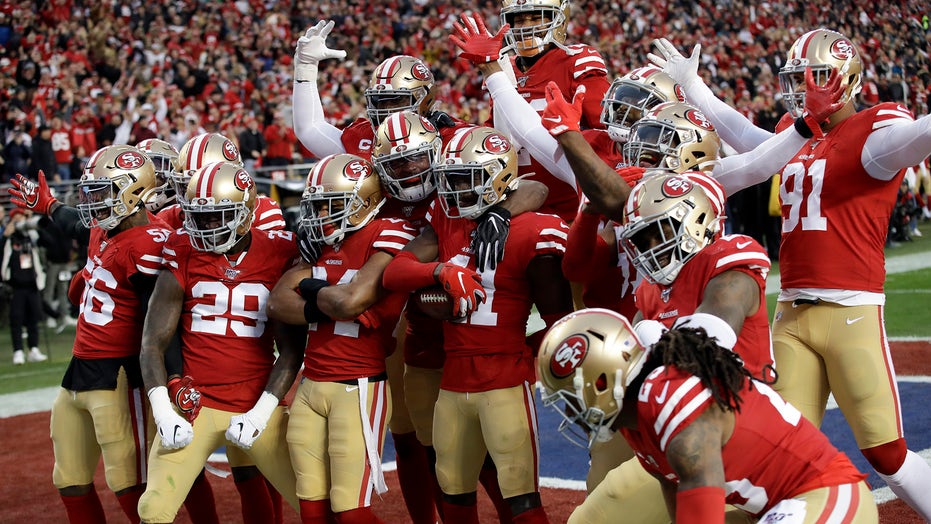 Much ink has been spilled on just how fast the Kansas City Chiefs offense is, with the likes of Tyreek Hill, Mecole Hardman and Damien Williams blazing across the grass.

But the San Francisco 49ers are no slouch in the speed department either, which could be an advantage for them, especially if they get out to an early lead.

Since being named head coach in 2017, Kyle Shanahan has used motion/shift offensive sets more than anyone else in the NFL.

That's ramped up in 2019, as the team has become a dominant running team thanks to the emergence of RB Raheem Mostert, RB Matt Breida and the acquisition of RB Tevin Coleman. In the regular season, the 49ers averaged 144.1 yards per game on the ground, good for second in the league and have outpaced every other team in the 2019 plays, averaging a  whopping 235.5 rushing yards per game.

That's by and large because of the 49ers team speed, in particular Mostert, Breida and Coleman, who are among the league's fastest ball carriers, according to NFL Next Gen Stats. Breida reached a whopping 22.83 mph in Week 5 on an 83-yard rushing touchdown, the fastest measured time in the NFL this season.

Though Coleman and Mostert were not on the list of fastest 20 ball carriers in the regular season, they did appear in the individual weeks several times — 3 for Coleman and 6 for Mostert, including a 3-yard run where he reached 21.03 mph in Week 1. (Other 49ers to appear on the weekly fastest ball carrier lists include WR Richie James, TE George Kittle and RB Jeff Wilson).

Three yards is usually followed by a cloud of dust, but to reach world-class sprinter speed in such a short distance shows Mostert's incredible burst, something the Chiefs will have trouble containing, especially if he gets to the edge.

The Chiefs have gotten better on run defense as the season has gone along, starting in Week 11, according to stats compiled by ESPN. In the postseason, they've been downright stingy, allowing just 94 and 85 yards in the two games, due in large part to LB Damien Wilson.

With the 49ers running so much out of the I-formation, having Wilson's presence on the field will be key to trying to stop the vaunted 49ers ground attack.

Unfortunately for the Chiefs, that's where the chess match between Shanahan and Kansas City's defensive coordinator Steve Spagnuolo takes a turn.

Built like a running back, WR Deebo Samuel has become a jack-of-all-trades for Shanahan as the motion and shift offensive sets are likely to play a larger role. The rookie from the University of South Carolina caught 57 balls for 802 yards in his rookie year, but it's his prowess and speed running the ball (14 carries in the regular season for 159 yards) that may give the 49ers an advantage.

Samuel was on the top 20 fastest ball carrier lists in Week 2 (twice), Week 12, Week and Week 16, including four times over 20 mph and twice over 21 mph, according to Next Gen Stats.

If the 49ers are able to get up early on the Chiefs and utilize their offensive speed on a variety of different running plays, it could be Shanahan hoisting the 49ers sixth Super Bowl trophy rather than the Chiefs raising their second.