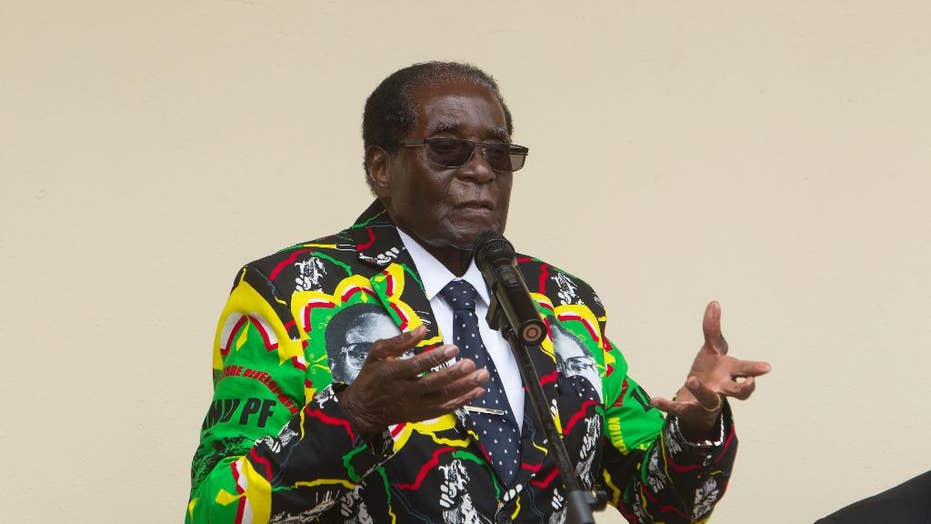 Zimbabwe’s former leader has reportedly put dozens of vehicles and farm equipment up for auction, raising speculation that his family’s business empire could be in financial straits.

The advertisement by a local auction firm announced that Robert Mugabe has plans to sell at least 30 vehicles – a Mercedes Benz, five Toyota Hilux pick-up trucks, Ford Rangers and various motorcycles – as well as an equal amount of tractors and other farm equipment, local media reported.

The public auction will take place Saturday morning at Gushungo Dairy Farm – a farm in Mazowe owned by Mugabe and his wife Grace, according to Zimbabwe's Herald newspaper.

WHO IS GRACE MUGABE, AFRICA'S MOST POLARIZING FIRST LADY?

Zimbabwe's new leader is sworn in

Emmerson Mnangagwa was inaugurated as the interim president.

The newspaper said it was not immediately clear why Mugabe was auctioning off their equipment, but that the business empire had not been doing well financially in recent years due to several lawsuits against it. The auction could be to pay off debts.

Mugabe, 95, was ousted as president of the African nation in 2017 after 37 years in power. During his reign of power, first as prime minister then as president, Mugabe led the country from independence and white minority rule to repression and dire economic circumstances.