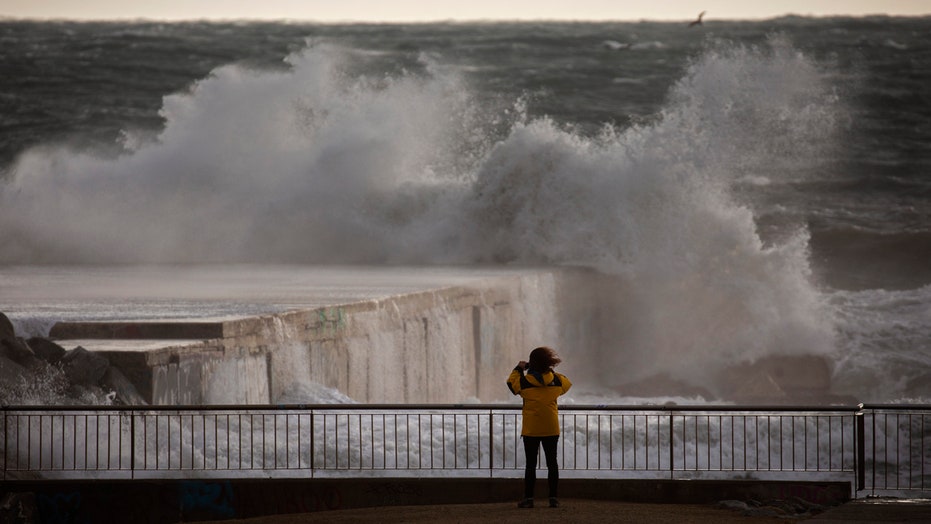 Much of the northeastern province of Gerona was without electricity Tuesday because of a fault in the power connection with France, emergency services said on its Twitter account. Around 200,000 people were reported to have been impacted.

So far, at least four deaths have been linked to the storm.

A man died Sunday in the northern province of Leon when he was run over by a car as he tried to put snow chains on his own vehicle. A second man died the same day after being hit by a roof slate blown off by winds in the central town of Pedro Bernado.

The storm generated massive waves and gale-force winds that smashed into seafront towns, damaging many shops and restaurants.

Videos posted to social media showed flooded streets in Valencia and other cities in Spain.

Many schools remained closed Tuesday in the northeastern region of Catalonia as well as the Valencia region further south and the inland region of Aragon, Spanish media said.

Traffic authorities said dozens of roads remained impassable because of the snow, including a major highway between the northeastern town of Figueres and the French border. The severe weather is expected to last in the region until Wednesday.